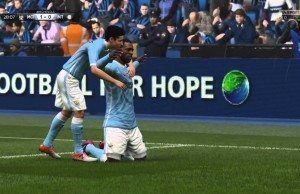 The noisy Neighbors Manchester City have once again been included in the FIFA demo. Manchester City has been in fine form ever since the club ownership changed hands. The Citizen’s have been strong holds and have beaten Manchester United in recent years and this could be one of the reasons as to why United are not in the demo. Nevertheless, the City squad is full of potential and full of fire power up front with Wilfried Bony and Kevin De Bruyne being added to the squad.