The Citizens desperately need to sign English players this summer

Manchester City are known for their financial powers, but this summer could be completely different for the club as they search for English players to sign.

After losing James Milner, Frank Lampard, Richard Wright, Scott Sinclair, Jack Rodwell and Micah Richards in recent weeks/months, City are down to just ONE recognised England international, and that is goalkeeper Joe Hart.

Due to Premier League regulations, City are going to have to sign English players this summer or at least some homegrown players in order to meet the rules set by the league.

So who will City look at? Who will they buy? Who can they buy?

SillySeason look into five potential Englishman that Manuel Pellegrini could bring into the Etihad Stadium. 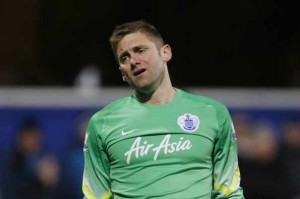 This might seem like a weird recommendation for Manchester City, but they need an Englishman and they need another goalkeeper with Richard Wright leaving.

Yes they have Joe Hart and Willy Caballero, but they will certainly need another ‘keeper, so why not kill two birds with one stone.

Green is expected to leave Queens Park Rangers after the club were relegated to the Championship, and although Chelsea are also showing interest in the veteran, with Petr Cech set to leave, City should enter themselves in the race and try and lure the shot-stopper to the Etihad Stadium.

It would be a cheap deal so wouldn’t take a lot of finance out of the club, and it will be an Englishman which is even more important for City.