What has the new boss really got to do?

With the arrival of Guus Hiddink imminent, here is what the former Chelsea boss has to do at Stamford Bridge to ensure success. 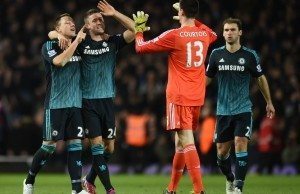 Jose Mourinho changed the back-four to much dropping and recalling players all the time.

The injury of Courtois at the start of the season didn’t help matters. Talismanic skipper John Terry was substituted for the first time ever by Mourinho at the start of the season. Critics have called for leaders in the team and Jose takes the leader out! John Terry should always be starting unless he’s out of form or injured, his experience is crucial at guiding his fellows players through the storms ahead.

Ivanovic and Cahill have also been subject to changes being left out and then brought in. The new boss will have to find some continuity and start the same back line.