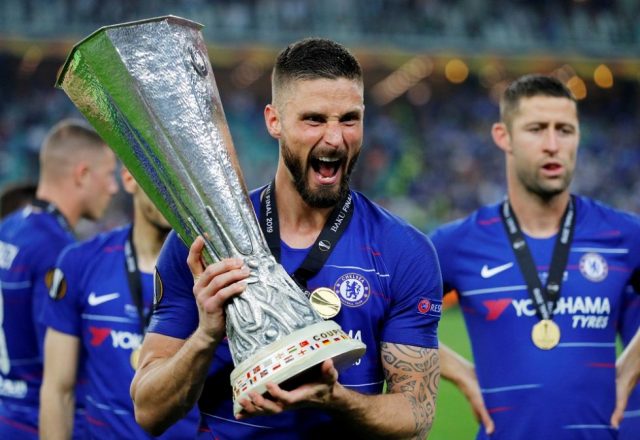 According to the latest reports, AC Milan have Olivier Giroud in their sights for the summer.

Chelsea are about to end their association with the veteran forward, having kept him on an extra year than intended.

Giroud has hardly featured under Thomas Tuchel and he is ready to quit Stamford Bridge for good. Clearly, no one from The Blues wants to hand the 34-year-old a new contract. Right now, Timo Werner and Kai Havertz are on top of the pecking order with a new signing tipped to be brought in soon.

Giroud has previously attracted interest from Inter Milan, Lazio and AS Roma. Now, AC Milan might be drawn into signing him. He still has a few quality years left in him. His game is not dictated by speed but strength and intelligent positioning in the opposition box. Those are not traits that deteriorate with age quite necessarily.

Milan are still pursuing an extension for Zlatan Ibrahimovich but that is no indication that Giroud’s move is about to go bust. Stefan Pioli’s men finally challenged for the Serie A title after a decade. They will need squad depth to tackle the league and Europe next camapaign.