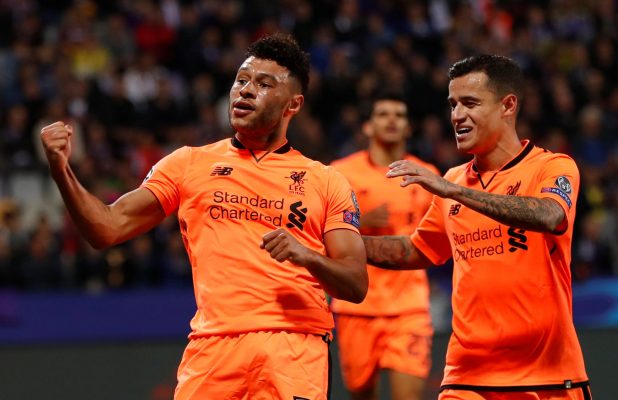 Alex Oxlade Chamberlain: “This is what is better at Liverpool than Arsenal”

New Liverpool signing Alex Oxlade-Chamberlain spoke about life at Anfield this week, and opened up about what he prefers on Merseyside to former club Arsenal.

After a slow start, the England international has taken a more prominent role in recent weeks and is starting to really show his talent to Reds fans.

Chamberlain appears to be enjoying playing under Jurgen Klopp, who’s influence he praised when speaking to Liverpoolfc.com this week.

“It’s obviously nice for the manager to put you in and show that faith, then it’s up to me to repay that faith with good performances.” he added.

The biggest difference between playing for Liverpool and Arsenal is the intensity, which is all down to Klopp’s influence.

“I think the other main thing is how positive he is and how he wants his players who are good at shooting, are good at dribbling, he pushes you to keep doing those things always.”

“The more I play and the more consistently I play I’ll be physically fully up to speed with the demands, but I definitely feel that I’m in a really good place physically and I think I’ve made strides in that respect, with how intense the training is here and how demanding this manager is.” he finished.

Chamberlain will want to make a good impression this season with the World Cup coming up. He has featured for England in their last two international tournaments, but was left out of Gareth Southgate’s most recent squad.

Alex Oxlade-Chamberlain: “This is what is better at Liverpool than Arsenal”

Read more about Liverpool at liverpoolfc.com, and Arsenal at arsenal.com.