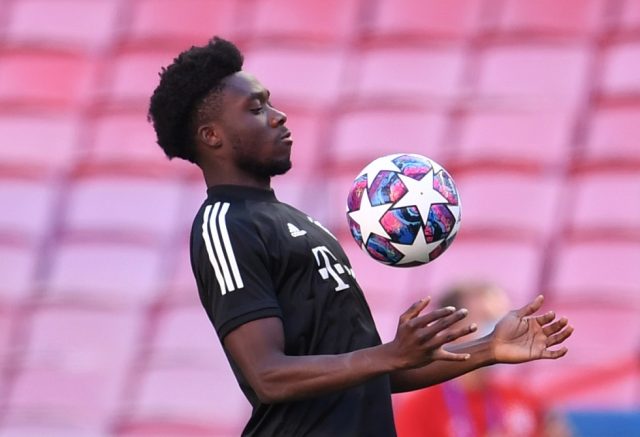 Bayern Munich have received a huge boost in terms of injury returns.

Alphonso Davies seems to have recovered from his injury and has rejoined training.

He has been out of action since Bayern’s 5-0 win over Eintracht Frankfurt in October. It was an ankle injury that kept him out for so long, allowing Lucas Hernandez to deputise in his position.

Hansi Flick revealed that a rehabilitation period of eight weeks were necessary following severe ligament damage. Now that Davies is closing in on his return Bayern will once again be terrific down the left flank.

Davies enjoyed a breakout campaign last season, helping Bayern to a treble and finishing second in the Golden Boy rankings for 2020. His inclusion meant David Alaba had to settle for a more traditional centre-forward role while Davies bombed down the flank whenever he could.

The Canadian international’s lethal pace along with his skill and close control makes him a dangerous player on the overlap. Given the lack of experience, he is not too shabby as a defender either.

His pace allows him to cover up space quickly and make recovery challenges if dribbled past. Davies is also learning very quickly to maintain his position on the defensive end, closing down attackers before they can settle on the ball.