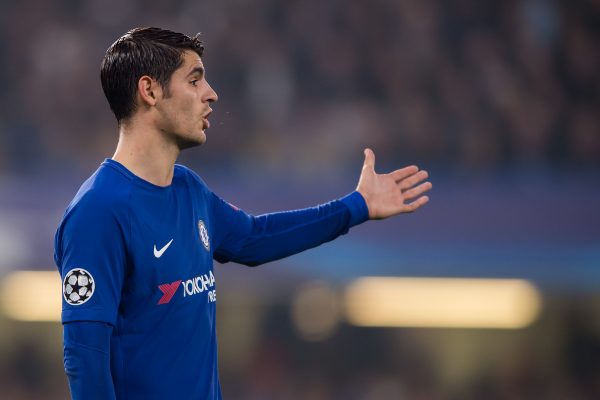 Chelsea forward Alvaro Morata will be donning the No.29 shirt for Chelsea this season as a tribute to his new-born twins. Morata’s wife Alice gave birth to twins Alessandro and Leonardo on July 29. The Spaniard wore the No.9 shirt last season,

The 25-year old said, “It is a day I will never forget, to welcome my twin sons into the world. My family is so important to me and I want to honour them and my wife, Alice, when I am on the pitch which is why I have decided to take a different number for the new season and remember this special day by adding the number two to my shirt.”

Morata added, “I am sorry to the fans who may have bought a number nine with my name already, but I hope you understand my tribute and that it will not be a problem and we can make you a new one with the 29.”

There were rumors of Alvaro Morata’s departure from the club this summer. However, coach Maurizio Sarri expressed his confidence in the forward following Chelsea’s pre-season match against Inter Milan. The Blues take on Manchester City in the Community Shield at Wembley on Sunday. They will then play their final pre-season match against Lyon on Tuesday.