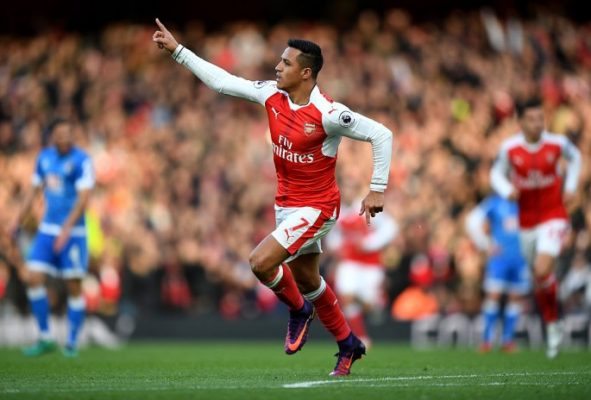 Is his time at an end at the Emirates?

Arsenal star Alexis Sanchez is thought to be ‘very close’ to a £50million move to Manchester City this summer.

Radio Cooperativa in Chile are reporting that Sanchez has already decided that this will be his final season at the Emirates, regardless of Arsene Wenger’s future at the club.

City are prepared to pay the £50million transfer fee and offer him a contract worth £200,000 per week.

Sanchez will have only a year remaining on his current deal with Arsenal and has given no indication that he is ready to extend it beyond June 2018.

This may force Arsenal to sell this summer with the risk of losing him for free next summer becoming greater.