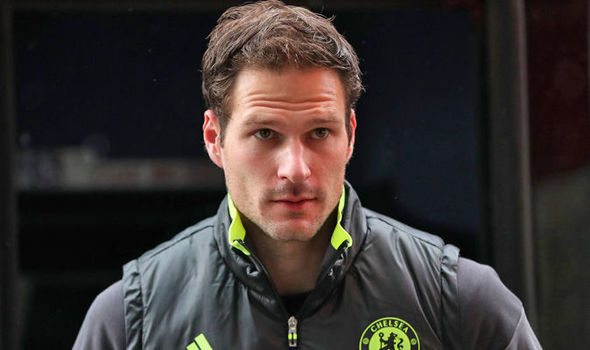 The competition rules strongly state that a player must have featured in five or more matches to be eligible for a medal, this means  Oscar will get one after leaving with nine league appearances for the Blues in January.

Asmir Begovic who has made just two appearances this season is still eligible for a medal, this is due to special rules pertaining to backup goalies.

The Bosnian keeper feels a little uncomfortable about getting one while some of his teammates will not, despite them spending more time on the pitch.

Youngsters Nathan Ake, who is set to leave, as well as Kenedy and Ola Aina won’t receive a medal, which bothered Begovic into suggesting the Premier League should consider loosening the rule a bit.

“I think the rule should be changed, I don’t know about the whole five appearances,” he told Sky Sports news, as per the Daily Mail.

“Having been part of the group all year, we’ve all sacrificed, played our part in the team each and every day.

“But they really have to look at that rule again because I don’t think five appearances should warrant a medal.

“It’s the rule for now, thankfully I get one and obviously to have that in your career is great.”

Chelsea transfer talks confirmed:”We are in talks with Chelsea and the player”