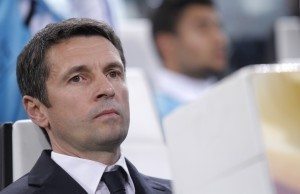 Frenchman Remi Garde kicks-off the list of foreign managers that Villa may look towards to take over the hot seat in Birmingham.

The 49-year-old, who has been out of work since leaving Lyon in 2014 after three-years at the helm, has experience in the English top-flight with Arsenal, making 31 appearances for the North London side in a three-year spell between 1996-1999.

An outside choice perhaps, but Villa have made their intentions clear to get Garde, who is top of their wishlist, having previously been linked with Newcastle United.