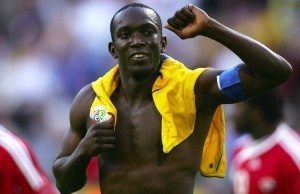 Dwight Yorke’s inclusion in the list may raise a few eyebrows, but the former Villa favourite is keen to try his hand at management.

Yorke, who spent nine years at Villa in the early 1990’s, making 232 appearances for the club, stated of his interest in the role to Bein Sports host, Richard Keys.