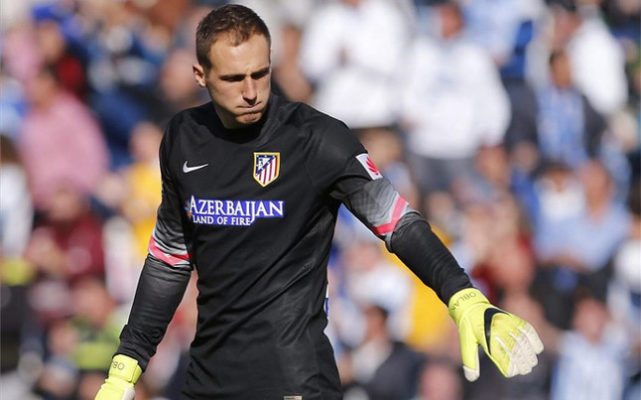 The Gunners have enquired about the shot-stopper on several occasions

Arsenal have approached Atletico Madrid about a potential move for Jan Oblak several times, according to reports today.

The goalkeeper has been impressive for the Spanish side over the course of the last few seasons and he has gradually gone better and better. In fact, he is arguably one of the best keepers in Europe right now.

At just 23 years of age, there are many years left for him to keep improving too and Atletico are desperate to keep hold of one of their star men.

Simeone determined to keep him

Arsenal have been impressed by his displays in goal and reports today have emerged claiming that the Gunners have made enquiries about the keeper’s availability several times.

Arsene Wenger is keen on bringing the shot-stopper to England and with Petr Cech – currently 34 – coming closer and closer to the end of his career, he wants a suitable successor.

Oblak is the name that Wenger appears to want but Diego Simeone does not plan on letting the 23-year old leave anytime soon. Atletico are not listening to any offers from any team for the goalkeeper and hope to keep him in La Liga for the foreseeable future.

The only way any team could force Madrid’s hand is if they triggered the shot-stopper’s release clause – but that figure currently stands at a whopping £85m. Arsenal will not want to bid anywhere near that amount and neither will most teams.

If a team did splash that amount of cash on Oblak though, it would make him the most expensive goalkeeper ever.