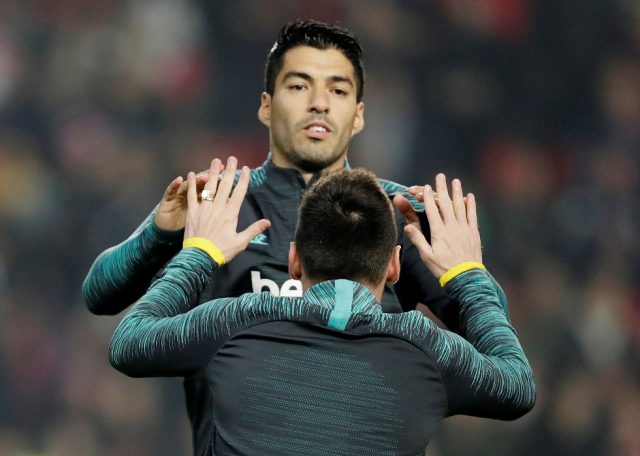 Atletico Madrid are heavily interested in signing Luis Suarez on a free transfer.

Atlético Madrid are considering a move for Luis Suarez. It’s not an easy deal but ‘not impossible’ if he’ll leave Barça for free.
Simeone would love to have Suarez – Juventus out of the race after signing Dzeko who’s always been the main target ⚪️🔴 #Atleti #FCB @MatteMoretto https://t.co/H36WtDbL0Z

Luis Suarez was originally set to head out to Juventus. The move was agreed in principle and seems to have broken down in the final phase. Getting a late result on the Italian citizenship test meant that Suarez’s name could be eliminated from the Champions League group stage squad for Juventus.

The player decided against that at this point of his career and is ready to move elsewhere. Ronald Koeman has clearly stated that Suarez is free to leave but if he does stay, he will be considered a member of the squad.

Juventus seemed to have swiftly moved for the signing of Edin Dzeko from AS Roma and left Atletico as the strongest contenders for Suarez. As mentioned by Fabrizio Romano, striking a deal will be tough but very much possible.