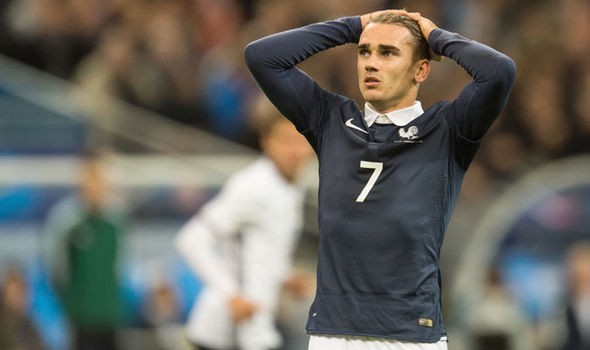 Atletico Madrid striker Antoine Griezmann has responded to rumours surrounding his future by insisting he is happy at the club.

Griezmann, 24, has been linked with a move to the Premier League, with Chelsea and Manchester United keen.

Indeed, reports this morning claimed that the Frenchman had even turned down a new contract with the Spanish club.

But Griezmann told Radio Monte Carlo: “[My career], in this moment, passes through trying to go as far as possible in the Champions League and winning the European Championship,” he said.

“I only think about that and I have no desire to leave Atletico.”

Griezmann has emerged as one of Diego Simeone’s most important players since arriving at Atletico from Real Sociedad, scoring 47 goals in 91 appearances.