Gareth Bale virtually gave a one man performance tonight. He had 90% of Wales’s chances and ran and ran all night long. He was superb and outstanding but unfortunately for him, his teammates weren’t. Unlike in the Belgium game, Wales tonight looked like a one man team again. This was the Wales that qualified for the Euros on Bales’s goals. They sadly missed the extra quality of Aaron Ramsey, out with a suspension and also Ben Davies at the back 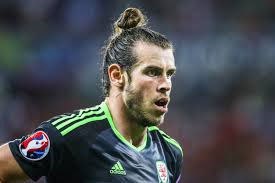 Suspensions unfortunately play too big a role in major tournaments and it is definitely something UEFA should look at going forwards. It’s not difficult for a player to pick up two yellow cards over the course of 2 or 3 games and consequently miss an important quarter or semi-final match. Not only are the teams harshly punished by this but so are fans hoping to see the best players on view. Not only were Aaron Ramsey and Ben Davies missing but so too were William Carvalho and Pepe. These crucial players would have definitely added extra quality to a frantic match.

It was strange to have a semi-finalist in Portugal that had not actually won any of their five matches so far in Euro 2016, in normal time at least. Three group match draws and two penalty shoot outs were hardly an impressive achievement. Coming into this game, Wales had scored ten goals to Portugal’s six. Ronaldo had the most shots so far in the tournament, 36, but sadly for him a very poor conversion rate with only two goals. Wales too rely so heavily on their Galactico, Bale. So It was inevitable then that this game could be down to which of these Real Madrid superstars performed better on the day.

In the first half Bale was far ahead in this battle. Although Portugal started better they didn’t achieve much except about fifteen minutes of good possession football and little else. Then Bale started to take over. With much more energy than his Madrid colleague, he cut up the Portuguese defence frequently and skilfully on a number of occasions and had three shots to Ronaldo’s one. Bale too had the first half’s only shot on target while Ronaldo was at his most frustrating best. Complaining to the referee frequently, arms up in the air as only Ronaldo can do. He was however brought down unfairly in the box in the tenth minute by Collins. That was a lucky escape for Wales.

As the Second half began, Ronaldo looked a bit more pumped up. Perhaps it was because of the decisions he believes always go against him or perhaps because he believes his teammates just don’t give him the ball enough even though he has about 100% of Portugal’s shots and takes all their free kicks. Either way something worked out as in the 52nd minute he rose above everyone to produce a stunning bullet header from a Portuguese corner and Hennessey had no chance in the Wales goal. 1-0 to Portugal.

Two minutes later and coincidentally just as it’s game, set and match to Andy Murray at Wimbledon, so here it looks the same for Portugal. A misplaced shot from who else but Ronaldo luckily falls to Nani who makes it 2-0. It looks very difficult now for Wales to come back from this. It almost gets worse for Wales as about ten minutes later Portugal have a free kick 25 yards out. No guesses who will take it. Ronaldo’s effort is superb though, unlike a certain Harry Kane who we seem to depend on here in England. The ball brushes the top of the net with Hennessey well beaten….Kane’s effort probably would have cleared the stadium.

Ronaldo is clearly winning the second half now. Bale has a couple more shots. One is almost 40 yards out and is a great curving effort but somewhat messily stopped by Rui Patricio in the Portuguese goal. In the closing minutes Wales keep coming at Portugal. Of course Bale is the main instigator behind every Wales attack and shot, but all to no avail. Portugal do not really need to do much anyway as they hold a comfortable 2-0 lead with just minutes remaining. Both Bale and Ronaldo are booked for clumsy challenges. The referee who has had an excellent game, chooses mercifully not to send Joe Allen off in the dying moments of the game. Most referees would not have been so lenient with such a reckless challenge but as it was the 92nd minute common sense prevailed. The match ends with both teams still on eleven players each.

All eyes on Bale and Ronaldo at the final whistle. Yes they hug tenderly and all is forgiven! This was not Portugal vs Wales….it was most definitely Ronaldo vs Bale. Although Bale performed better, Ronaldo does what he does best. He takes every single chance for his team and by the law of averages something has to go in!

Wales, like Iceland deserve a heroes welcome when they arrive home. Portugal the victors, need to come up with something a whole lot better than this display if they are to win their first major trophy.