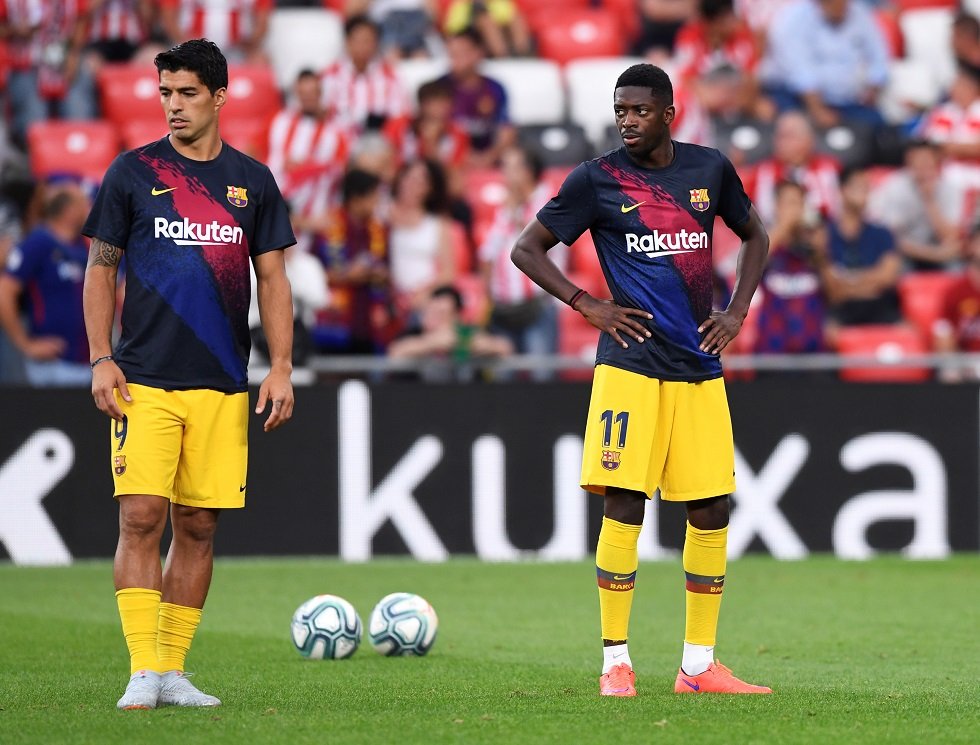 Ousmane Dembele will not be leaving Barcelona for Paris Saint-Germain this summer, his agent confirmed.

The Frenchman’s agent, Moussa Sissoko revealed that his client is set to continue as a Barcelona player for the 2019/20 season. Plenty of reports have previously linked the 22-year-old with a swap move to PSG for Neymar.

Now that Philippe Coutinho has been sent on loan to Bayern Munich, everyone believed that Dembele would be the fall guy in Barcelona’s attempt to bring back Neymar. The Brazilian is desperate to quite PSG but the Bavarians have been unable a strike a deal for him.

“Evolving in a club as prestigious and ambitious as FC Barcelona involves a competition that will advance and sublimate any player,” Sissoko said in a widely reported statement on Tuesday. “In any case, it is the point of view rooted in Ousmane’s mind. He is Barcelona and he will remain 1,000 per cent with the firm desire to honour the colours of the club.”

Dembele currently has been sidelined for around five weeks with a hamstring pull as the Catalan giants lost their opening day fixture against Atletic Bilbao 1-0.

“I wanted to clarify firmly and definitively the situation of Ousmane Dembele. He does not plan to leave FC Barcelona for a moment,” Sissoko added. “This is the course of action fixed for several months now and no element is or will be likely to cause us to deviate.

“Ousmane feels perfectly well within the club and he remains in his determination to impose himself in the long term. Despite the solicitations of several great European clubs, Ousmane is convinced to be in the heart of the largest of them and everything is there to make it flourish.

“Ousmane is aware of what he has to do on a daily basis to make his Barcelona adventure a complete success. Unfortunately, his injury temporarily stops him in his motivation to make a great and beautiful season, symbolised by its anticipated recovery of a week. But this has no impact on his thirst for success and he is confident to return as soon as possible.”