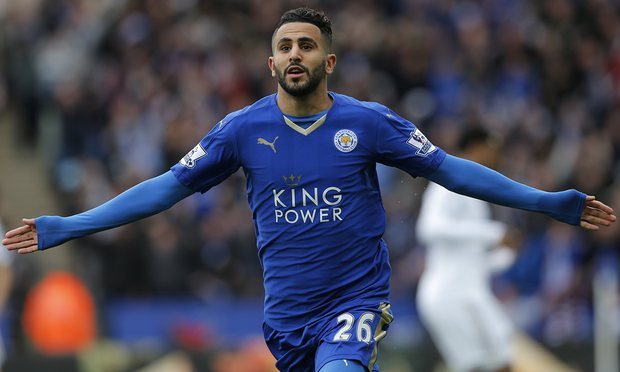 Barcelona deny they are interested in Leicester City winger Riyad Mahrez, after being heavily linked with a £35 million move for the Algerian.

Reports had suggested that the Spanish giants were preparing to make an offer to the Foxes for Mahrez, however, they have distanced themselves from the speculation, leaving Arsenal, Manchester City and Chelsea to battle it out for his signature.

The Blues have already signed N’Golo Kante from Leicester for £30 million this summer, and it is understood that Chelsea are ready to offer more than what they paid for the France international, to land Mahrez.

Leicester’s PFA Player of the Year is understood to have rejected a new £80,000-a-week deal with the club, while it is understood a move to one of the Premier League’s giants would see him earn anything from £120,000-a-week or above.

Mahrez, currently earning £35,000-a-week has a deal with the Foxes until 2019, and the club, understandably, want to keep one of their star men, with a Champions League campaign ahead. However, the player wants a big move away from the King Power Stadium.

The Algerian’s agent is understood to have opened negotiations with Barcelona, rather than the other way around, with Mahrez never featuring high up the Catalan’s wish list.

Luis Enrique’s side also don’t fancy spending money on a fourth-choice forward when they can sign a younger and cheaper option to develop in the long term.