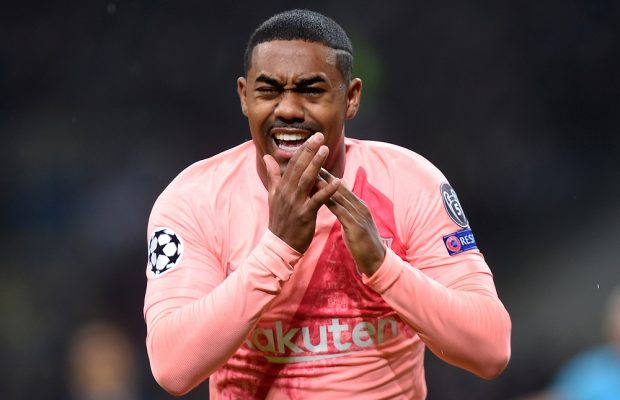 According to reports, Barcelona winger Malcolm is keen to leave Barcelona this summer in search of regular first-team football. The Brazilian attacker joined the Catalans, who hijacked AS Roma’s move with a £45m bid.

The 22-year-old has found game time hard to come by in his solitary year at the Nou Camp. Added to that, the arrival of Antoine Griezmann has all the more dented his hopes of cementing a place in the first team.

Arsenal are interested in taking Malcolm on loan for a year. The Gunners eye him as an alternative to the £80m-rated Wilfried Zaha. Everton boss Marco Silva is also said to be a big fan of the player and could make a move for him.

It remains to be seen whether Barca agree to cash in on Malcolm just after a year.