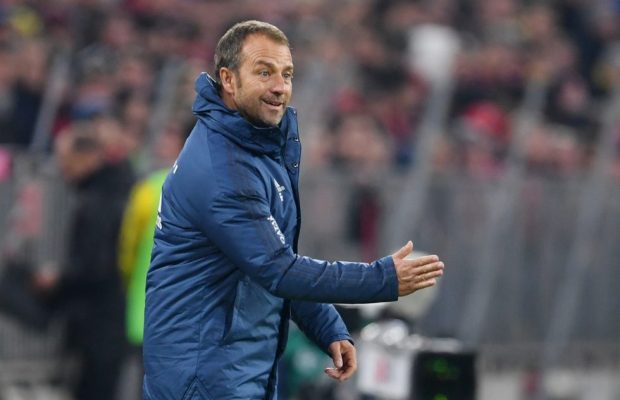 19-year old Lukas Mai has revealed the kind of relationship him and the Bayern Munich manager, Hansi Flick share.

Lukas Mai has about 180 minutes of playing time on the field in Bundesliga with German giants Bayern Munich.

“I’ve got a really good rapport with Hansi Flick,” Mai told SportBild. “He talks to us a lot, gives me a lot of tips and helps me to always get the best out of myself.”

“I’m trying every day to give my best in training, and learn from all the experienced players around me,” Mai explained. “Since making my debut under Jupp Heynckes, it’s long been my goal to play as many games as possible for the first team and win titles. There’s no better place for me to be than at Bayern.”

Lucas Hernandez, Niklas Sule and Javi Martinez are all in the rehabilitation room – and this could be the youngster’s chance to shine and get in even more playing time.

“Lukas was still eligible for the U19s last season, but we deliberately promoted him to the reserves and to first-team training so he could prove himself with the big boys,” said Bayern academy chief, Jochen Sauer. “Now we’re hoping to see him get some minutes under Flick.”

On 19 January, Bayern Munich are going to visit Hertha Berlin and Mai is probably going to be included in the team on the day of the match. As of now, Bayern Munich is sitting 4 points behind Bundesliga leaders RB Leipzig.