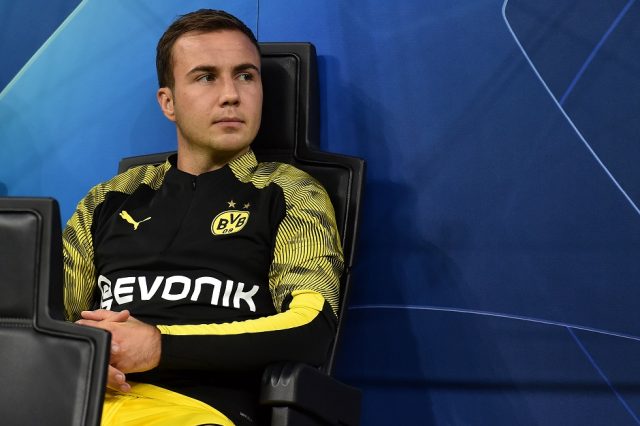 Mario Gotze has been linked with a sensational return to Bayern Munich after his contract expired with Borussia Dortmund.

This would have been a second time he returned to a former club in his career at just 28 years of age.

Bayern manager, Hansi Flick might have seriously explored the opportunity of calling him back to the Allianz Arena.

“I have had frequent contact with him since my time with the national team,” Flick said ahead of Bayern’s Super Cup clash with Sevilla. “I have high regard for Mario and know where his strengths lie. But that’s not an option for us at the moment.

Gotze has maintaned a close relationship with former Germany assistant, Flick always. Even Manuel Neuer cleared up the situation linking the playmaker to Bayern.

The Germany number one said, “Mario is a very good player, who knows the environment. He said himself that he absolutely wants to win the Champions League. He’s very ambitious, and I know him as a player, who is always in good shape. We’ll see where he lands.

“It’s up to the bosses to decide whether he is a topic for us. But I’m confident he would be able to do well at Bayern.”