Both Belgium and England have been in great form so far in the FIFA World Cup 2018. After a nervy start to the knockout rounds against Colombia, they comfortably beat Sweden in the Quarter-Finals. Meanwhile, Belgium have been fantastic throughout the World Cup and were unlucky to lose 1-0 to France- their first loss of the tournament. Belgium’s captain and key player Eden Hazard has been one of the stand-out performers of the entire tournament.

Belgium have arguably, a better midfield than England with players like Axel Witsel and Kevin De Bruyne controlling the games. Meanwhile, England have a rather average midfield with Jordan Henderson, Dele Alli, and Jesse Lingard. However, England do have a much better striker with Harry Kane, who is the leading goal scorer in the World Cup with six goals. Kane is now a shoe-in to win the golden boot award with the second striker with the most goals still in the tournament is Belgium’s Romelu Lukaku with four.

Belgium also have a great defence. Toby Alderweireld and Jan Vertonghen have performed superbly and are possibly ine of the greatest ever centre-back pairings. Additionally, goalkeeper Thibaut Courtois had one of the best goalkeeping performances in the World Cup. Both teams have a very young side, with most players under the age of 25-years-old. I expect this game to have a lot of goals. With nothing much to play for, it should be an open attacking kind of game. 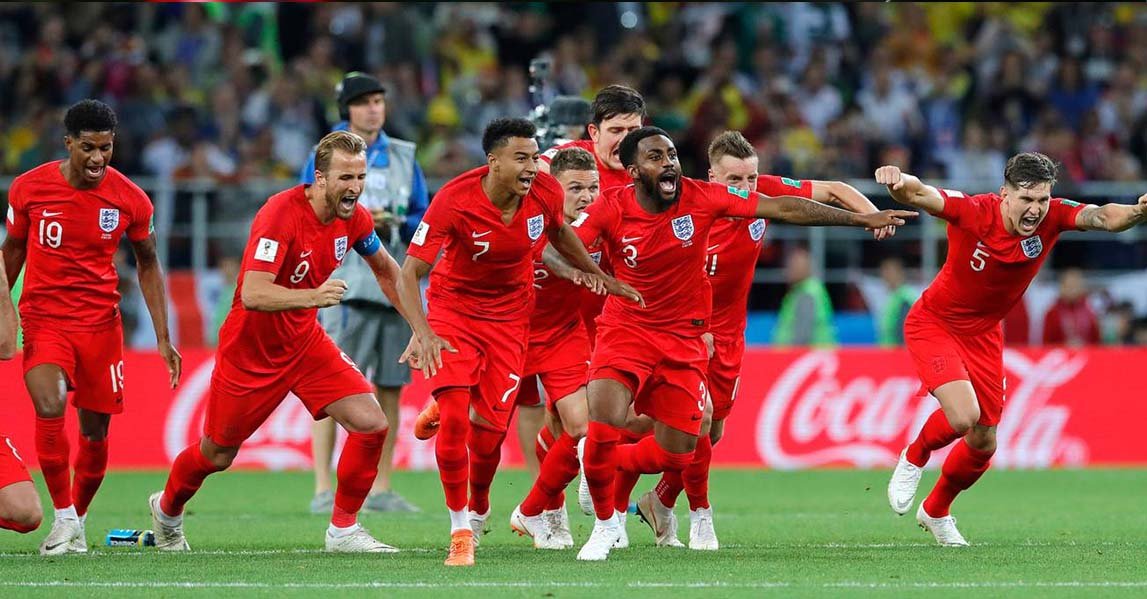 The Three Lions have scored a lot of goals in the World Cup- including a 6-1 drubbing of Panama. However, Belgium are a different beast to teams like Panama and Tunisia. Some would argue also, that England have had a rather easy route to the World Cup 2018 semi-final. The Englishmen had teams like Tunisia and Panama in the group stage while also only playing Colombia and Sweden in the knockout rounds. Colombia forced England through to a penalty shoot-out but that was more down to to bad luck and a lapse of concentration as the South American team were rattling England players with their no-so-friendly tactics. But after losing to Croatia, England may have had the wind kicked out of their sails. I predict a Belgium win.

Belgium vs England odds tips – who wins the World Cup?

We will find out who the winner of the World Cup is soon. But for now- it is the last final ticket to be acknowledged. Which team will get it?

Here is the odds for both Belgium and England to win the World Cup 2018: See also our betting guide on England vs Belgium here.

Here are Belgium vs England Head To Head results and stats from previous games:

Belgium vs England Head To Head (H2H) at World Cup

England manager Gareth Southgate will likely change up the team for this match. There is little to play for so he will give game time to players that haven’t played much. This will include the likes of Jamie Vardy (if fit), Gary Cahill, Phil Jones, Ruben Loftus-Cheek and Eric Dier among others. Vardy is currently nursing a groin strain but was fit enough to come on a s a substitute in the last game.

Meanwhile, Belgium will also likely give game time to a number of players who didn’t play much. This will include striker Michy Batshuayi and midfielder Adnan Januzaj.

Injury concerns: Kieran Trippier, got injured late in the semi-final against Croatia with a groin injury. Harry Kane reportedly also picked up  an injury but has declared himself fit to play.

Both of the sides look in great form with Belgium looking more balanced than the young and inexperienced England side. Belgium are also young but most played in the Euro 2016 tournament. It should be an open, exciting game as both teams have nothing to lose- apart from pride. England’s Harry Kane is dangerous, but so is Belgium’s Lukaku, Eden Hazard and Kevin De Bruyne. I’m predicting a Belgium win but there should be goals.

My prediction is that Belgium will win 3-2.

How to watch the Belgium vs England online free -UK

Which TV-channel broadcasts the England game against the Belgium? Want to watch the Belgium vs England World Cup 2018 football game on UK TV? ITV will provide live coverage of the match from 15:00 in UK July 14. You can join for all the build-up to the game earlier in the day at 14:30 BST.

Where to watch England-Belgium stream free online and live streaming on the Internet? Who shows Belgium vs England on TV in England? England’s World Cup 2018 third place play-off against the Belgium shown on ITV and ITV HD 15:00 PM BST.

The Three Lion and Belgians game will take place on 14 July, 2018, at Saint Petersburg Stadium in Saint Petersburg at 17:00 local time. The kick-off times for various time zones are provided below.

Who will broadcast England-Belgium third place play-off match live steam? Here you will only find legal live streams with good quality. To view exercise game free live stream as regards Unibet and bet365. You can also stream the game at ITV HD.