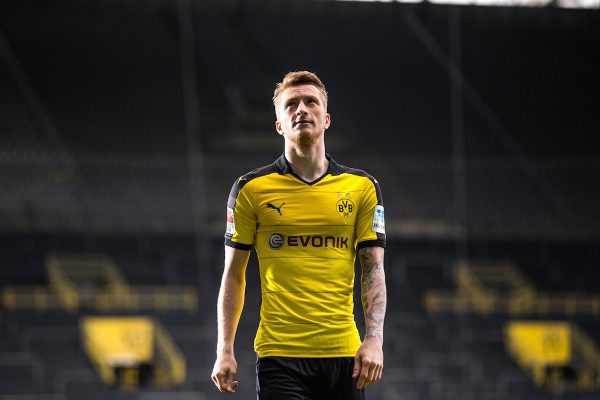 Borussia Dortmund have rubbished claims that Arsenal intend to make a move for Marco Reus.

According to reports from Germany (Bild), the club’s sporting director has come out and claimed that reports of Reus to Arsenal are ‘half-baked’ and that he won’t waste time on these reports.

Reus has been at Dortmund for five years and has made over 100 appearances for the club and during his time at Borussia he has consistently been linked with a move away due to his superb performances for them.

Arsenal are the latest to have heavy interest in him. They’ve been keeping an eye on the 27-year old for quite some time and have previously attempted to bring him to the Premier League.

The latest reports of a move were linking him with a huge £51m switch to Arsenal in the summer but these reports have now been quashed by Borussia’s sporting director.

Marco Reus is also under contract with the Bundesliga side until 2019.