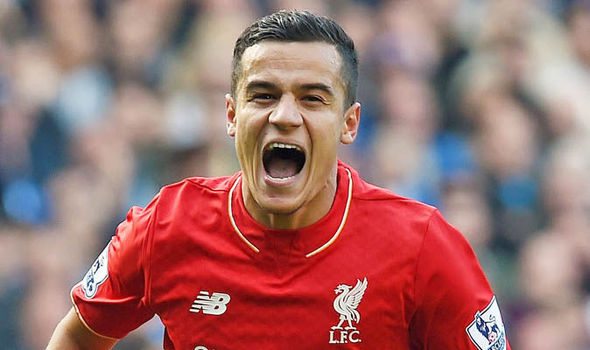 Philippe Coutinho, may have just signed himself onto Barcelona’s books. He turned in a great performance in the early hours of the morning as Brazil beat Paraguay 3-0. With this result, Brazil have become the first team to qualify for next summer’s World Cup finals in Russia.

It was a great all round performance by Brazil. They have now won 8 successive games since new manager, Tite took over from the dour faced Dunga. That is a big turnaround for Brazil who were in 5th place in the group when he took over. Dunga also failed at the Copa America and of course the bitter memory still hangs over them from their last outing at a World Cup. In their own back yard in 2014 they lost somewhat humiliatingly to Germany in the Semi-finals by 7-1!

The best player in the game may have been Neymar, but Coutinho gave a great, disciplined performance against an extemely aggressive Paraguay team. They were hacking and fouling Brazilian players at will, particularly Neymar. This was almost choreographed to make sure no Paraguayan fouled Neymar twice so as not to get a red card! It was quite a spectacular to watch, but not for good reasons! In this bruising encounter there were 42 fouls committed. So many bad fouls went unpunished and for sure an English referee (but not Mark Klattenburg) would have sent off at least 3 Paraguayans!

Coutinho capped off a great team move to score Brazil’s opener in the 34th minute. This set Brazil well on the way in a very one sided affair. Brazil had 23 shots, 7 on target to Paraguay’s 2, and neither of them were on target. Neymar and Marcelo scored Brazil’s other goals..

Barcelona’s ears will have been alerted to this latest performance by Coutinho. Not that they need any nudges to observe the Brazilian, as his international teammate, Neymar has long been urging the Catalans to make a move for Liverpool’s best player. This will be especially painful for the reds as they they lost Luis Suarez to Barcelona only 3 years ago, so it’s still in recent memory. Are Liverpool no longer big enough to hold onto their big players? Let’s see how this story pans out and we’ll have the answer!