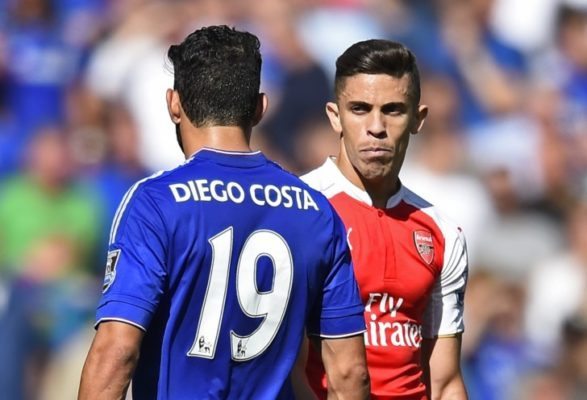 Arsenal defender Gabriel Paulista WON’T serve a three-match ban following his dismissal against Chelsea on Saturday, the FA has said.

The Gunners appealed the red-card and wanted to duration of the ban shortened, but in a statement released today by the FA, they have confirmed that the Brazilian won’t serve any ban at all.

This means Gabriel will be available for selection for tomorrow’s Capital One Cup game against Tottenham Hotspur.

The FA released the following statement:

“Arsenal’s claim of wrongful dismissal in relation to Gabriel has been upheld following an Independent Regulatory Commission hearing.

“The player’s three-match suspension has, therefore, been withdrawn with immediate effect.

“Gabriel was dismissed for violent conduct during the game against Chelsea on Saturday [19 September 2015].

“The player is currently subject to a separate FA charge of improper conduct in relation to Saturday’s game and has until 6pm on Thursday [24 September 2015] to reply.”