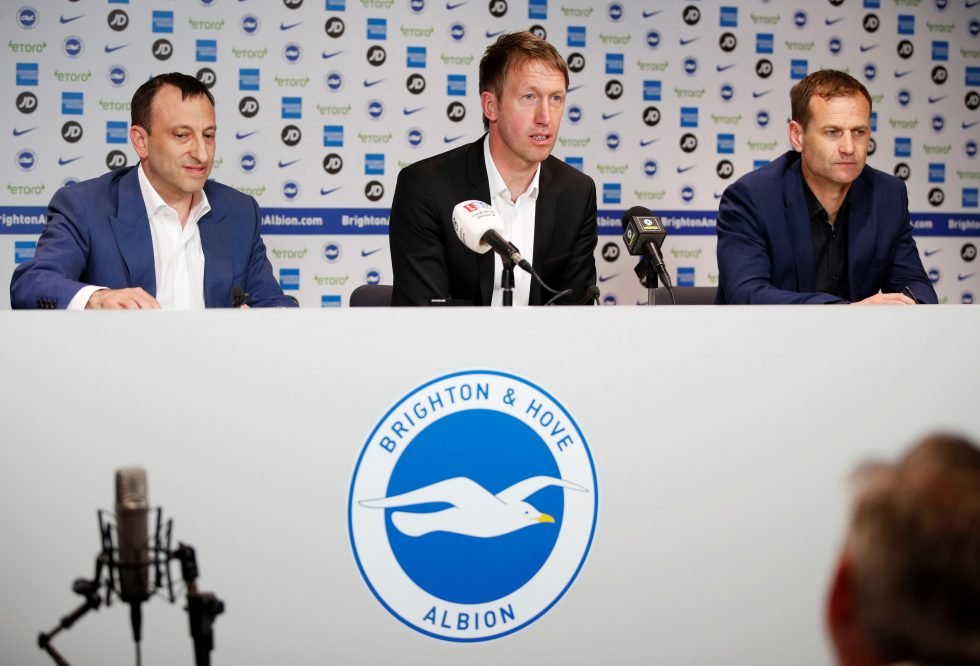 Brighton & Hove Albion have confirmed the appointment of Graham Potter on a four year contract.

The former Swansea City manager replaced Chris Hughton at the club and will be at the helm from the next Premier League campaign. The dismissal of Hughton came as a shock as the manager ensured the Seagulls retain their Premier League status for the second consecutive team.

His departure saw Potter being linked with the job. Swansea did prevent him from leaving the club by offering him a lucrative new deal but the lure of managing in the most attractive league in the world was too lucrative to reject.

Potter said, “I was sold by the long-term vision and passion shown by Tony Bloom, Paul Barber and Dan Ashworth.

“The ideas and plans they have for the future of this football club excited me; I am thrilled and honoured to be a part of it.

“This club has been on an incredible journey and my aim along with Bjorn (Hamberg), Kyle (Macauley) and Billy (Reid), is to ensure the great work that has gone before us is built on, as we strive to cement our place in the Premier League for many years to come.”