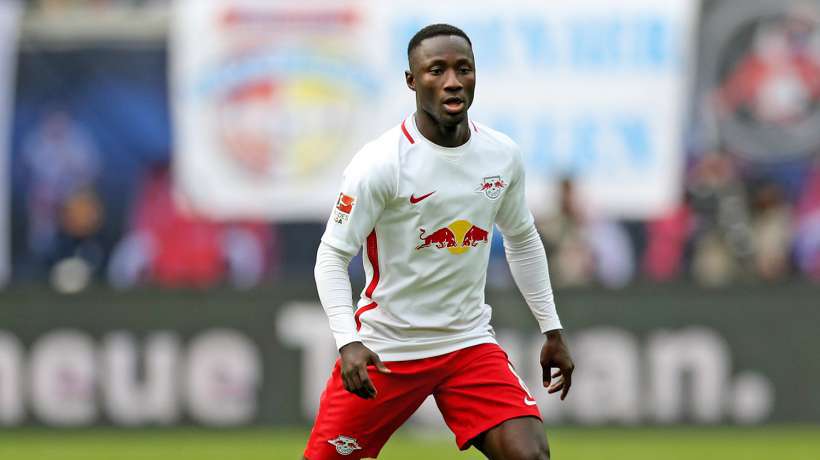 According to head coach Ralph Hasenhuttl, Naby Keita could stay at RB Leipzig for his entire career

Liverpool, Manchester United,  Arsenal and Chelsea have been heavily linked with a move for the 22-year-old midfielder who has had a great season in what has been a remarkable campaign for RB Leipzig.

Mainly Chelsea and Arsenal have been linked with him, Liverpool and Man Utd have had brief mentions of interest.

And media outlets are speculating the Premier League giants are on the hunt for new players on the cusp of Real Madrid getting ready to raid Chelsea, Manchester United, and Liverpool for their star players.

The German side are sitting second in the Bundesliga despite only getting promoted to the top flight last season.

Keita has been a huge part of their success and has netted eight goals and provided eight assists in central midfield.

The 22-year-old’s goalscoring efforts have inspired talks of a big-move transfer in the summer, however, Hasenhuttl is very confident he will reject any offers from any clubs.

‘He feels well, and we love him,’ Hasenhuttl told Leipziger Volkszeitung.

‘We are a super exciting club. Naby sees how much the coach invests to make him better.

He added: ‘If I take the celebrations as a benchmark, Naby will stay with us forever.

‘You just don’t just leave a squad like ours.’

Who is Naby Keita?

Naby Leye Keïta is a Guinean footballer who currently plays for RB Leipzig in the Bundesliga and the Guinea national team as a central midfielder.

He moved over from Horoya AC to France in 2012, joining up with the youth team of FC Istres after he had somewhat unsuccessful trials at FC Lorient and Le Mans FC.

Back in 2013, he was promoted to the first team of Istres. He then made his Ligue 2 debut on 22 November 2013 against Nîmes Olympique. He netted d 11 goals in 23 games in his first season as a pro footballer in Ligue 2.

Then, In 2014, he signed onto Austrian top division side Red Bull Salzburg. He made his league debut on 26 July 2014 against Wiener Neustadt. Keïta ended the season with five goals and two assists in 30 games, winning the league and cup double. The following season, Keïta was selected as the Austrian Bundesliga Player of the Year.

In June 2016, Keïta moved to Red Bull Salzburg sister-club RB Leipzig, who had just been promoted to the German Bundesliga. Keita scored the winner on his league debut against Borussia Dortmund and has scored six more goals in the Bundesliga this season.

Final stages of the season: Who will finish in the top 4?

Conte to battle Arsenal and Man Utd for £17m-rated star

5 Clubs who could BREAK the transfer record, THIS SUMMER.