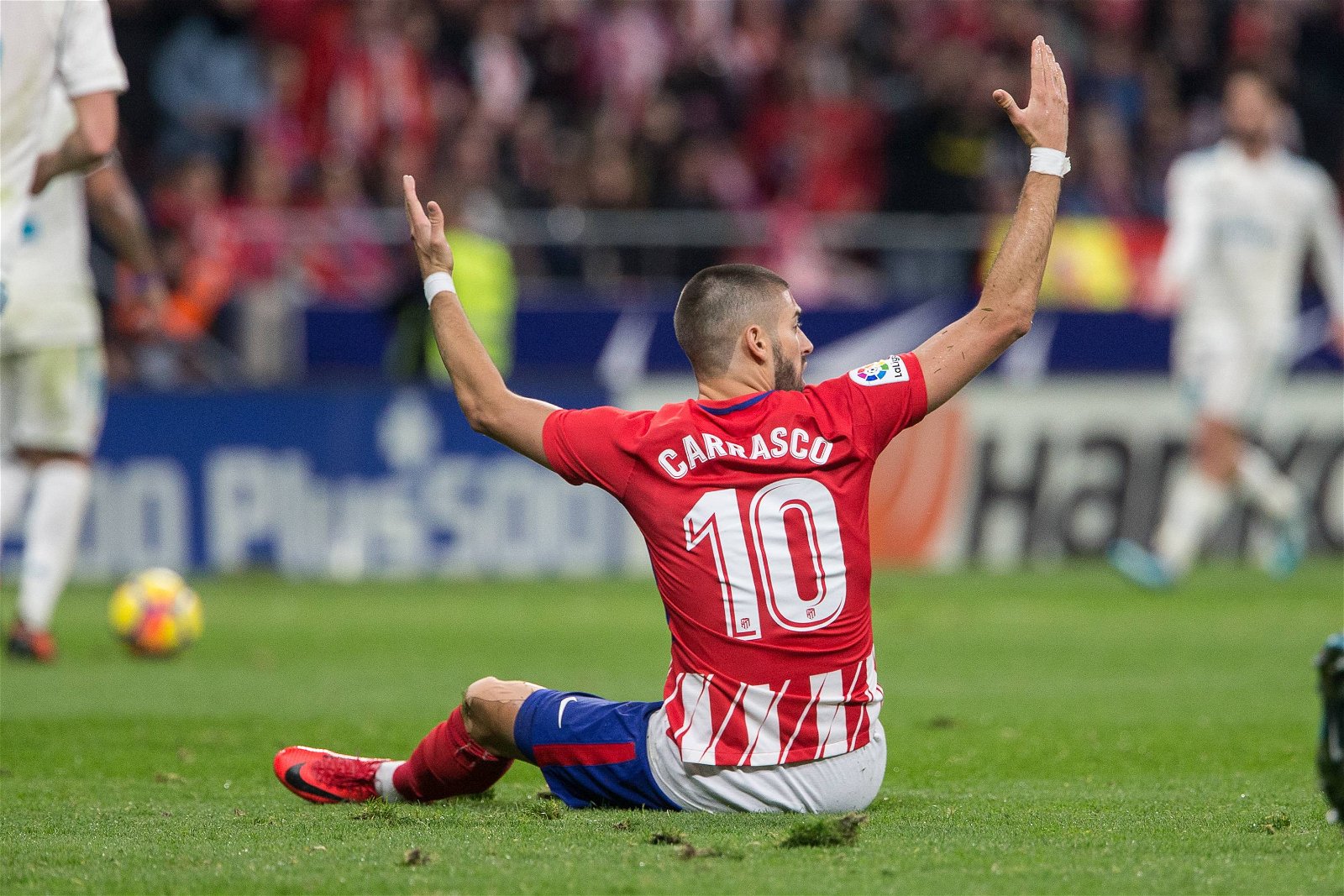 Chelsea and Manchester United have shown an interest in signing £54million rated Atletico Madrid winger Yannick Carrasco, according to reports.

The Belgian has fallen out of favour with Diego Simeone in recent months, and hasn’t started a league game since the 1-1 draw against Barcelona back on the 14th October.

Reports in the Spanish press say that Carrasco’s relationship with his manager hasn’t been the same since he walked off too slowly when substituted in Atletico’s costly Champions League draw with Qarabag two months ago.

Now, with their transfer ban finished and Vitolo and Diego Costa coming in January, the red and whites could be willing to listen to offers for Carrasco.

The 24 year-old looks to have all the qualities needed to play in the Premier League and could link up with international teammates Eden Hazard and Thibaut Courtois at Stamford Bridge.

However, should he sign for either they or United he would be cup-tied in the Champions League. This could be a stumbling block given that both teams will most likely prioritise European success in the new year.