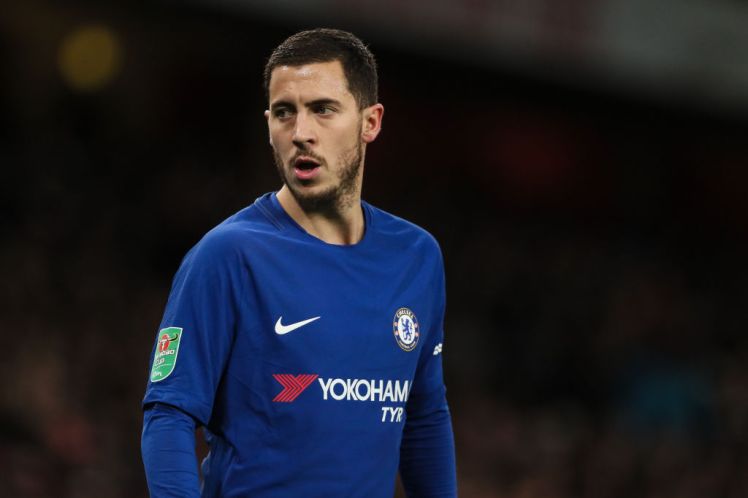 Chelsea FC are set to offer Belgian star Eden Hazard a huge club record contract in order to persuade him to stay at the Blues.

The Blues are preparing a £300,000-a-week contract in order to secure Hazard at the club for the next few years according to The Daily Mail.

They report that the Blues are desperate to get Eden Hazard to sign in order to lift the club’s morale after the disappointing 2-1 loss to Manchester United.

Hazard’s current deal expires in 2020 but there is increasing speculation that the 26-year-old could join Real Madrid in the summer.

Chelsea also want to commit goalkeeper Thibaut Courtois on a long-term contract after further speculation of his move to Real Madrid. Courtois has been open about his desire to live in Spain one day and it’s believed he wants to join Real Madrid this summer.

If Chelsea lose both Eden Hazard and Courtois to Real Madrid it’s thought the club would be significantly damaged as their arguably two of Chelsea’s best players’.

Hazard has been in good form this season for the Blues after scoring 11 Premier League goals and making three assists. However it hasn’t been enough to keep Chelsea in the top four after slipping to fifth in the table after the loss to Manchester United.