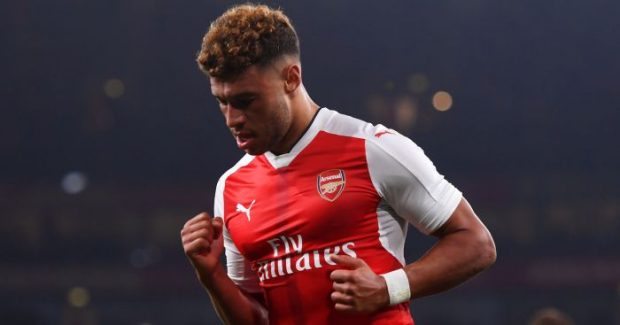 According to Sky, Chelsea have joined Liverpool and Manchester City to sign midfielder Alex Oxlade-Chamberlain

Alex Oxlade-Chamberlain is out of contract at Arsenal next summer and with no official offer yet from Arsenal, Talks on a new deal have stalled in recent days.

Oxlade-Chamberlain has grown increasingly frustrated with waiting and is currently on holiday considering his next move.

Wenger has previously said he is keen to agree a longer deal for the 23-year old, whose contract runs out next year, but so far nothing has been tabled.

He finished the season strongly for Arsenal in a wing-back role and played a more central role in his country’s recent international against France.

Liverpool and Manchester City have been keeping an eye on his situation for a while and now Chelsea have said to be interested in getting the Ox over to Stamford Bridge in the Summer.

But so far no formal bids from any of the clubs as yet, only interest.