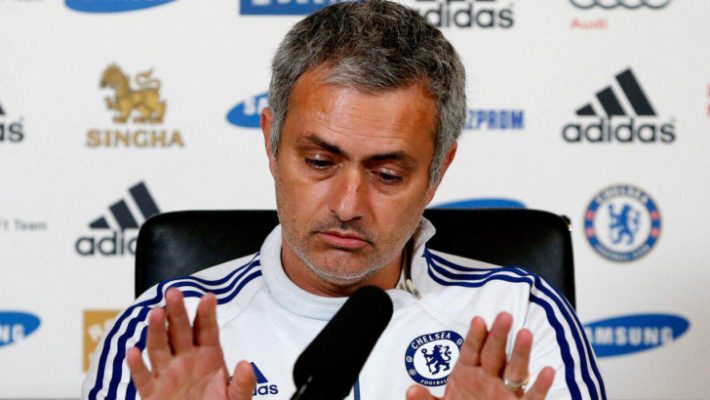 Jose Mourinho’s time is nearly up

Chelsea Football Club are on the brink of sacking Jose Mourinho following their latest defeat.

Despite not being at the game, due to a stadium ban, Mourinho‘s side crashed to yet another Premier League loss thanks to Stoke City‘s 1-0 win at the Britannia Stadium.

It’s Chelsea‘s seventh loss of the season, leaving them 16th after 12 games played.

According to reports, Roman Abramovich is now on the brink of sacking Mourinho despite the fans calling for the Special One to stay in the job.

It’s been revealed that plans are already in place for Mourinho’s departure and the champions are already preparing for life without him.

Mourinho has become the first ever manager under Abramovich to lose three games in a row, and it’s also the first time in Mourinho’s managerial career that he’s lost more than six games in a domestic league.

Despite the fans and seemingly the players being behind Mourinho, it looks like his days could be numbered at the Bridge.