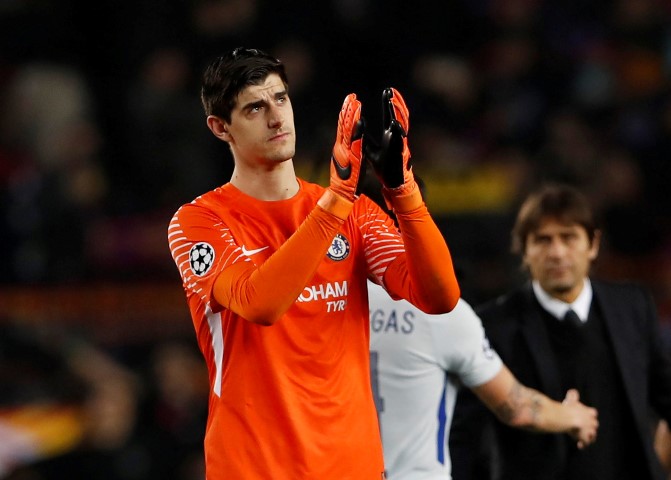 Reports from Sky Sports suggest that Chelsea are not resuming discussions with Real Madrid over the transfer of Thibaut Courtois until they have found a replacement goalkeeper for him.

Courtois has been strongly linked to Real Madrid this summer but Chelsea haven’t found a first-choice keeper who could replace the Belgian between the sticks. The Blues have identified Everton’s Jordan Pickford as a suitable replacement. However, they may be unable to sign Pickford as Everton are looking to offer him a new contract when he returns to the club next week. Chelsea have already signed Robert Green but the 38-year old is expected to be a third choice.

Thibaut Courtois is currently one of the best goalkeepers in the world today if not the best and Real Madrid have been eager to sign him for quite some time. The World Cup’s best goalkeeper currently has a year remaining on his Chelsea contract. He is currently valued at £32 million.  Real Madrid claim that there won’t be any problems regarding personal terms agreement.

Provided Chelsea do not find a replacement for Courtois before the transfer deadline, then Courtois doesn’t leave.

Chelsea manager Maurizio Sarri has said that he will talk directly to the 26-year old regarding his future.