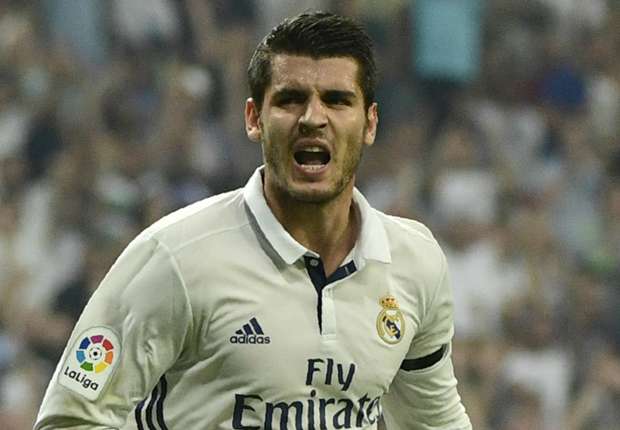 Chelsea will launch a summer raid on Real Madrid for Alvaro Morata, according to reports from Spain.

The Blues are looking for new strikers to bring to the club in the summer, with doubts still hanging over the future of Diego Costa.

There is certainly still a place in the side for the Spaniard and he has impressed this year, scoring 19 goals in the league to help his side reach the top of the Premier League table.

However, there were rumours that he would leave Chelsea back in January and it seemed like he would be on his way out, only for the player to end up staying for the remainder of the current campaign.

There are no guarantees that he will decide to stay again when the transfer window re-opens and it means that Antonio Conte will need a replacement striker up-front.

That replacement could be Alvaro Morata.

The Real Madrid man isn’t playing too regularly for his club at the minute, having only started 11 La Liga games so far this campaign.

Now, El Confidencial in Spain has claimed that he will indeed be on the lookout for a new club in the summer so that he can get regular gametime again. It would also give him a chance to get a call-up to his national side for the World Cup, as he would be playing more regularly and would be able to impress more on the pitch.

Chelsea could be the team to give him the exit that he wants and plan to launch a move for the forward at the end of the current campaign. The addition of Morata, whether Costa stays or not, would be a boost, as it would give the Blues another option to use, as they face European competition again next season.