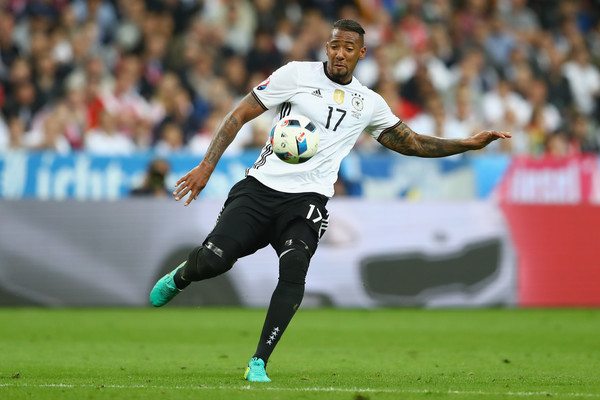 These reports out of Germany say if a deal for Virgil van Dijk doesn’t materialize, then Conte will go for Boateng.

The Blues are going to spend big in the summer as Conte made that clear revealing his transfer plans earlier this month.

And reports are saying should Chelsea choose not to make a move for the highly-rated Southampton defender, then Bayern Munich centre-back Jerome Boateng will be the Blues’ next target.

It is also believed that Southampton’s current asking price of £50 million could be a bit much in the eyes of Chelsea Football Club and could be put off by it.

And speaking after Bayern’s final game of the Bundesliga season last week it appeared that Boateng himself is not quite sure where his future lies next season, citing his frustrations at reduced action this year.

“I don’t have anything else planned. There’s only a few clubs in the world with the appeal and tradition of Bayern Munich.
“I didn’t play much so it’s normal that I’m not entirely happy.