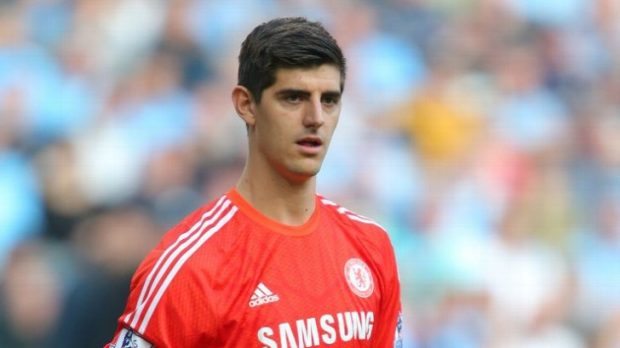 The Chelsea shot-stopper has put fans minds to ease

Blues goalkeeper Thibaut Courtois says he’s happy to stay at the club even thought there has been keen interest from La Liga giants Real Madrid.

The Belgian had been linked with a move away from the Bridge in the summer and he fueled more speculation by saying he’d like to return to Spain.

The 24-year-old had a somewhat mixed season last term, however, he’s [icked up form in recent weeks with Chelsea.

Real Madrid are said to be interested in the Belgium international but Courtois has dismissed their interest by saying he’s happy in west London.

‘I am good where I am. I am very happy at Chelsea,’ said Courtois when asked about Madrid’s interest.