We have selected our best 11 ahead of the big game

One of the biggest fixtures in the Premier League season will take place this Sunday, when Manchester United travel to Stamford Bridge. Both teams have had bad starts to the season which makes the game even more important as both teams aim to finsh as high in the league as possible. 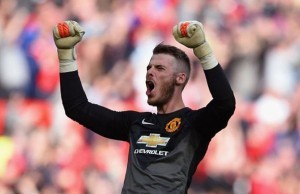 Just beating to Thibaut Courtois to the post, the Spanish keeper has been in fine form again this season after the hectic off season he injured. De Gea has been responsible for numerous clean sheets for the Red Devils this season.

Branislav Ivanovic – May of had a shaky start to the season but has sice regained his composure to recapture his good form.

John Terry – Will be the Captain of the side, the Chelsea Veteran has huge experience in the fixture and has the quality to help keep a clean sheet.

Chris Smalling– The Manchester United Centre Back has been in great form this season has cemented his place in the squad leading by example.

Cesar Azpilicueta– Another ever present the defender brings a huge dynamic to the team. 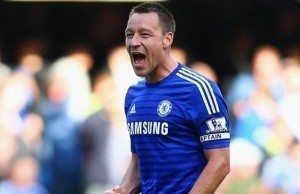 Jesse Lingard–  has had a great season and has even been picked up by England. The winger is one of fhe few gems in Manchester United’s season.

Juan Mata– returning to his old club Mata will be looking to impress. The midfielder has had a good season and has been one of the high performers in the United team.

John Obi Mikel – The centre holding Midfielder is excellent at spotting danger and covering the backline. Mikel has been involved in lots of big games during his time at Chelsea and will have the composure to cope.

Willian – The winger has been in fine form this season and has carried Chelsea when other stars haven’t performed. 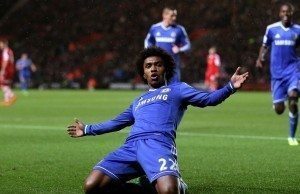 Wayne Rooney – After rediscovering some lost form, the England Captain has made it in to our squad.

Diego Costa – Like him or loath him, the talented striker has to be in our squad. This high profile game is what the striker lives for and will be disparate to capture the headlines. 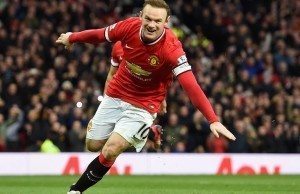