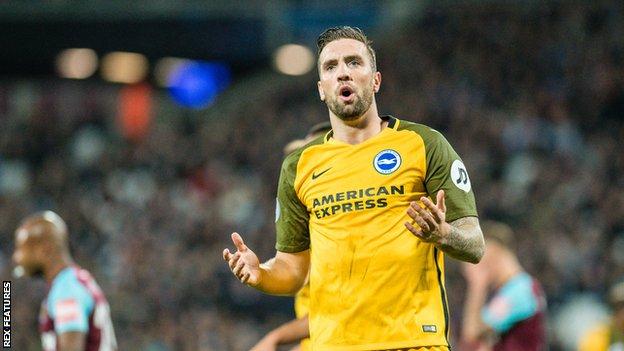 Brighton & Hove Albion boss Chris Hughton has made it clear it would take a handsome amount to lure Shane Duffy out of his current club.

The lanky defender has been in demand in the transfer market as his brilliant display in the Seagulls backline has caught major attention. The Republic of Ireland defender has thrived under Hughton and has been an integral part of the Brighton core setup.

Duffy extended his association with the club last month only and the club are in no mood to let the defender leave easily. The Ireland international has been with the club since 2016 following his arrival from Blackburn in 2016 and also played a vital part in their rise to the top flight.

Hughton said, “Any interest in the players that are playing very, very well, there would be a premium that goes with that.

“Whether that puts some teams off, I don’t know, but (Duffy’s) a player that’s done really well for us, and I still think there’s more to come from him.

“You want to buy players and you’re looking at individual players, and of course everybody’s price goes up, and that would be exactly the same for us.

“As a club, what you have to do is protect yourself, and firstly he deserved (his new contract) for the performances that he’s put in.

“We’re conscious of how well he’s done for us and it’s a good opportunity for this club to protect an asset.”