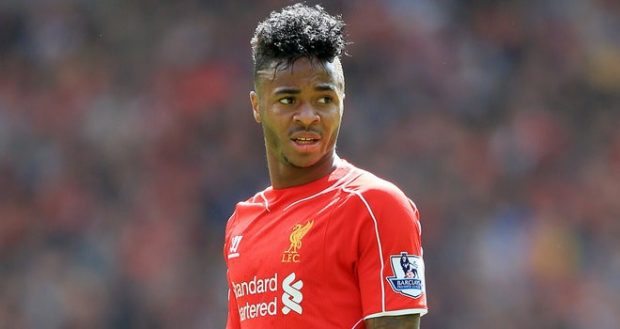 City contacted Liverpool yesterday and the Reds are poised to receive a third bid, according to reports.

City plan on making an offer which could rise to around £44million depending on Sterling’s progress, but will still fall £6million short of what Liverpool are demanding for the 20-year-old.

Earlier this week, Sterling told Liverpool manager Brendan Rodgers he had no intention of going on the club’s pre-season tour to the Far East and Australia.

He then phoned in sick for two consecutive days and missed training which fuelled further speculation he might be on the verge of a move to City.

The Professional Footballers’ Assocation (PFA) has offered to try and ease tensions between all parties while Sterling is still a Liverpool player.

PFA chief executive Gordon Taylor has been keeping a watchful eye on the situation and his organisation is willing to consult both clubs and Sterling on the matter.

Ex-Liverpool defender Jamie Carragher says the decision by the England international to ask not to take part in the club’s pre-season tour could have a negative effect on his reputation.

“He is starting to get a reputation that could be hard to rid himself of in the future,” said Carragher.

Carragher continued by admitting this current situation will only make Liverpool more “determined” to receive the fee similar to their valuation rather than bow to what Raheem and City want.

There was speculation the Slovakia international would leave the club after being insulted with the Reds first proposal – Liverpool’s board offered the 30-year-old a ‘pay-as-you-play’ deal.

However, Liverpool have now confirmed the centre-back, who is widely regarded as one of Liverpool’s best players, has penned a new deal.