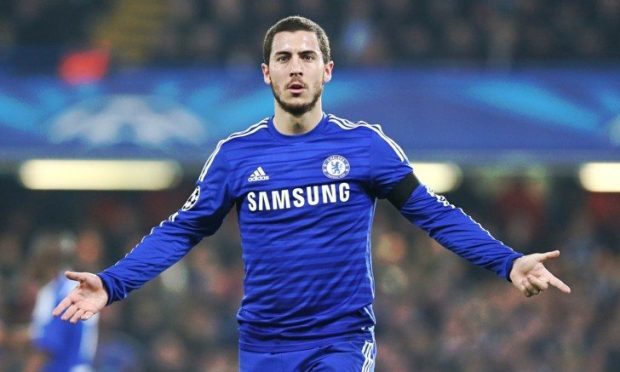 The Italian is demanding a good work ethic from his players

Antonio Conte believes if Eden Hazard buys into his work ethic, as well as the rest of the Chelsea squad, he can help the Belgium international to reach Lionel Messi’s level.

The Argentine Barcelona forward is widely regarded as the best footballer on the planet, and 46-year-old Blues boss believes he can help the Belgian to exit his slump and compete for honours amongst the world’s very best.

Hazard was named the PFA Player of the Year two seasons ago, as Chelsea marched to the league title, but he, along with the Blues, failed to mount a title challenge last campaign, finishing 10th after a shocking campaign which, instead, saw relegation favourites Leicester City crowned champions.

Conte wants Hazard to return to the sensational form that saw him win both major Player of the Year awards in England, as Chelsea were crowned Premier League champions two years ago.

“I think Chelsea have players who can become top, top, top players,” said Conte. “I think that these players can still improve a lot with work.

“We have players, fantastic players, who have great talent but in this moment the world doesn’t think they are the same level as Messi, Luis Suarez, Neymar, Cristiano Ronaldo or Paul Pogba.

“But I think that in our squad there are players who, with work, can improve a lot and reach this level. I’m sure about this. It’s important the players understand this.

“There is the ability to work, to prove and to show that, now I am a top player, but I want to become top, top, top player and I want to stay there.

It took until April 23 for Hazard to score a league goal last season, after seeing fan’s favourite Jose Mourinho sacked as boss in December.

“It’s incredible that Chelsea finished 10th in the table.” Conte admitted. “Chelsea’s habit is to win the title or to stay until the end of the season fighting to win the title, to play in the Champions League and the last season, it was incredible, not only for Eden Hazard but for other players also.

“We know that when you have great players with great talent like Hazard in the team, the expectations are very high. Also, when the season before you have won the title and Hazard has been named the best player in the league.

“It’s important for us to recover Hazard in the best condition: technique, tactical, physical, overall and with the good mentality.”