Do you know who plays in which round? Coppa Italia fixtures are made very differently. The draws are only made till the fourth round after which the bracket system starts as the top 8 teams from the previous seasons Serie A enter.

So who are the participating teams in the Coppa Italia: 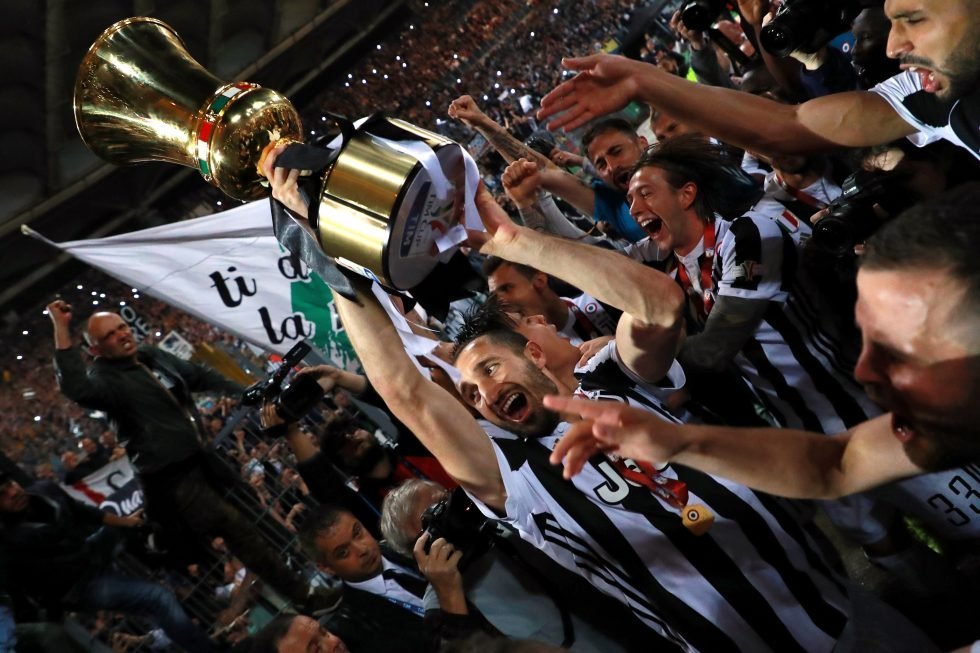 This time, the defending champions, Lazio are already out after losing to Napoli in the quarter final stages. AS Roma was another team to bow out in the quarter-final stages after losing to Juventus. So the four big teams in the semi final stages a\were Inter Milan, AC Milan,  Juventus and Napoli. They have all played their two legs as Inter Milan lost 1-2 to Napoli on aggregate. AC Milan and Juventus were stuck to a 1-1 draw in the other semi final with Juve snatching a late and dubious goal and then a second leg that was goalless. It means Juventus will play Napoli in the final.

The semi-final round of the Coppa Italia is a 2 leg affair. The first leg is played on the 12th of February and the 13th of February this year. They have both been played.

The second legs were due to played in 12th June, 2020. Who are the two teams do you think made it to the finals? It was Juventus and Napoli.

Unfortunately for all Italian Cup fans, there are no matches today. The big final is tomorrow.

The first leg of the semi-final was played between Napoli and Inter Milan. Napoli won 1-0. The other first leg between AC Milan and Juventus was played on the 13th February with the results being 1-1. In second leg, Napoli drew 1-1 with Inter while Juventus drew 0-0 with AC Milan.

The matches for today for the Italian Cup fixtures are none. The next match to look forward to is the final. It will be played in the 17th of June, 2020.

The Italy Cup this time has been extremely entertaining. What sets apart the Coppa Italia from the FA Cup or the Copa Del Rey is the system in which it is set up which gives an advantage to the higher seeded teams, ie that the teams who finished in the top 8 in the Serie A. They only enter the tournament in the last 16 round and do not face each other until the quarter-final stages.

This allows the better teams to fight it out in the latter stages and decreases the chances of smaller teams causing upsets or big teams facing each other in the early rounds. Let us check how the teams have fared in the Coppa Italia from Serie D to Serie A in the Italy Cup fixtures.

Here are all the details:

40 teams from Serie B compete and the 20 winners join the lowest-ranked 12 teams to play the next round. The 2nd round results are:

An exciting round of 3rd fixtures and results:

The 8 teams to qualify from the 4th round enter the final stage to play the top 8 teams from the previous season’s Serie A, who gain automatic qualification

The results for the first leg are:

The second leg has not been played yet.