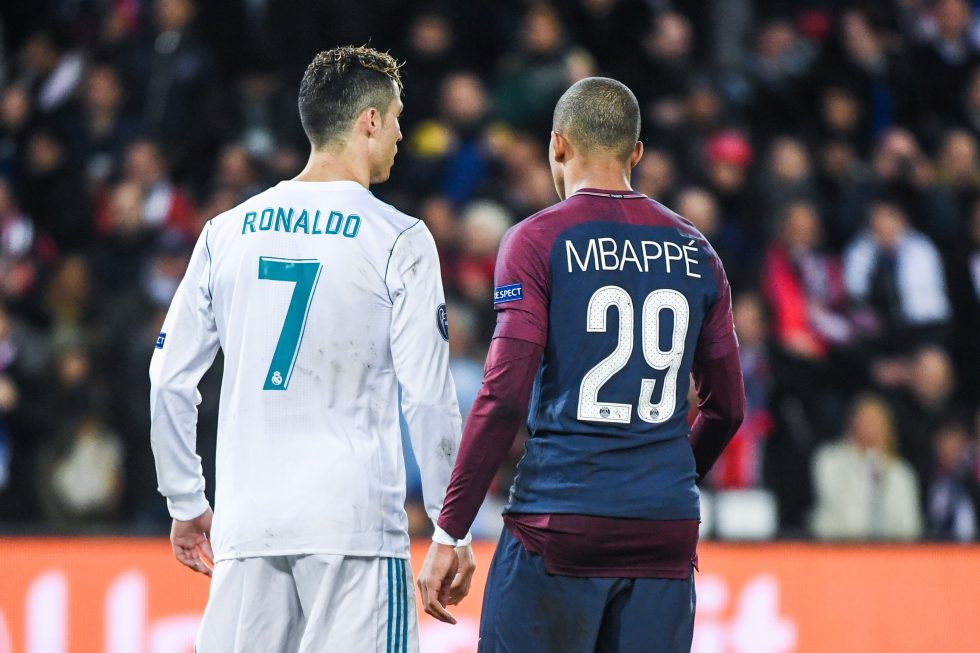 If there was an actual ceremony of passing on the torch, Cristiano Ronaldo’s comments about Kylian Mbappe comes very close to it.

The 5-time Balon d’Or winner hailed Mbappe as the present and future of football.

It has nearly been a fairytale start to a career for the 21-year-old, winning the World Cup, three Ligue 1 titles and three domestic trophies with France, AS Monaco and PSG. He has definitely earned the title of being one of the best players in the world.

“Mbappe is the future and the present,” Ronaldo said in a promotional video shared by Marca. “He’s a fantastic player, very fast, and he will be the future.”

He is viewed as the chosen one to follow into Ronaldo and Lionel Messi’s throne in world football. He scored 39 goals last season and has already collected 24 this term. Of course, he is of incredible value to PSG who is reportedly looking to hand him new terms. Mbappe is constantly getting linked to Real Madrid which has sparked the French giants to reconsider his current contract.

Mbappe could he handed wages on the same level as Ronaldo and Messi just to convince him into staying. But the Frenchman is bound to move elsewhere in Europe if he continues to miss out on Champions League success season after season.