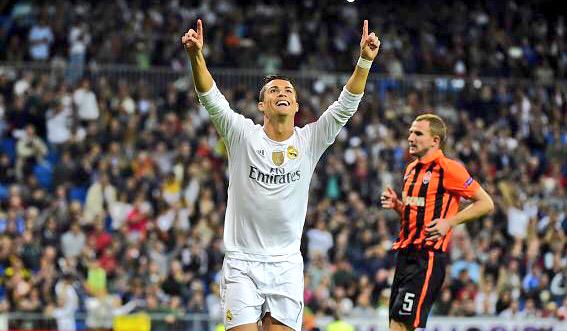 Real Madrid star Cristiano Ronaldo told one of his team-mates that he wants to return to Manchester United, according to Spanish expert Guillem Balague.

The Portuguese international left Old Trafford for the Bernabeu back in 2009, and since then he’s gone from strength to strength, but his dream is to one day return to the club he truly loves.

According to reports, United have tried to lure the 30-year-old back to Old Trafford on two occasions, but were snubbed both times with Ronaldo wanting to stay put in Spain.

However, according to Balague, he told a team-mate back in 2014 that he does see himself playing for United one more time before he retires.

‘In summer 2014 he told a Real Madrid player who was about to leave Los Blancos that he saw himself at United in two years’ time,’ Balague told Sky Sports.

‘Cristiano Ronaldo still dreams of returning to Manchester United. The English club informed his agent in 2013 that they have enough financial power to secure his return.

‘In fact, everything has been in place since his departure in case both parties decide to take that step.

‘The club’s new manager at the time, David Moyes, believed that they were about to convince Ronaldo to come back that very summer.’