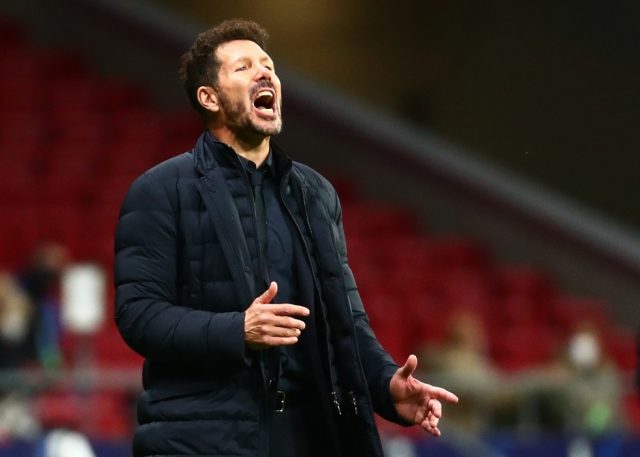 Diego Simeone was impressed with his players in the 1-0 win over Barcelona.

Yannick Carrasco ended up scoring the decider and making it Simeone’s first ever La Liga win over the Blaugrana.

“The team is playing very well right now,” he said during an interview with Marca. “I have been saying it for some time and it gives us confidence to keep working hard.

“When there is a link between the ideas and work on the training ground and the execution on the pitch, that is great. These players give their all for the team and for each other.

“Now we need to continue gathering this energy and competing well, as we have very important game on Wednesday.”

Atletico moved up to second in the table with Saturday’s historic win at the Wanda Metropolitano. Real Sociedad sit above them while Real Madrid are behind after their 1-1 draw against Villareal.

The Colchoneros return to action against Lokomotiv Moscow in the midweek Champions League tie. So far, Simeone’s side are looking like a much stronger domestic side than their rivals. They face some defining games for the season with trips to Valencia, Sociedad and Real Madrid, alongside home games against Elche, Real Valladolid and Getafe.