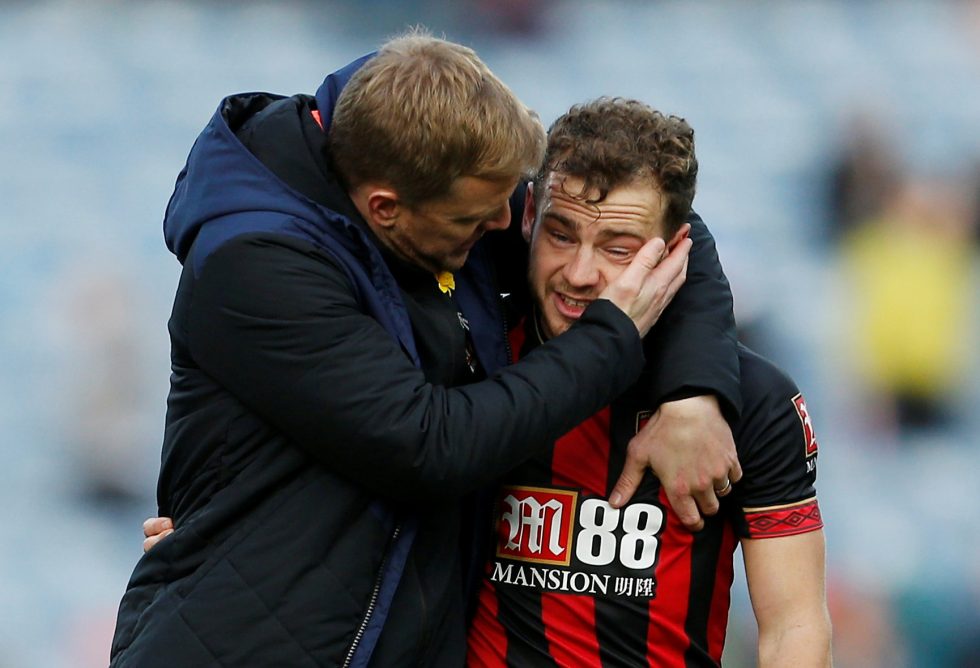 Eddie Howe is not sure on Ryan Fraser’s imminent future as he has confirmed the player is yet to agree on a new contract.

The 25 year old has enjoyed a stellar season and his exemplary performance has seen him being linked with Arsenal. The winger who has been pushed further upfront by Howe this season stated his happiness earlier on being quizzed about his potential Arsenal move in future.

Efforts have been made with Fraser’s representative over a new deal as the winger’s existing contract is scheduled to expire at the end of the next season. The Cherries have made substantial development under the tutelage of Howe and could break their record 46 points barrier this season.

Howe said, “We have spoken to Ryan and his representatives about his contract. It is one where we will see what happens,

“There is no doubting Ryan’s quality and how highly we think of him. He is an outstanding talent but it is a two-way prospect to sign a contract, so let’s wait and see.

“Ryan has contributed to the team this season but it’s not the time to talk about speculation. Who knows in the summer?

“It is that time of year when things change and us ourselves will be looking to sign players.”