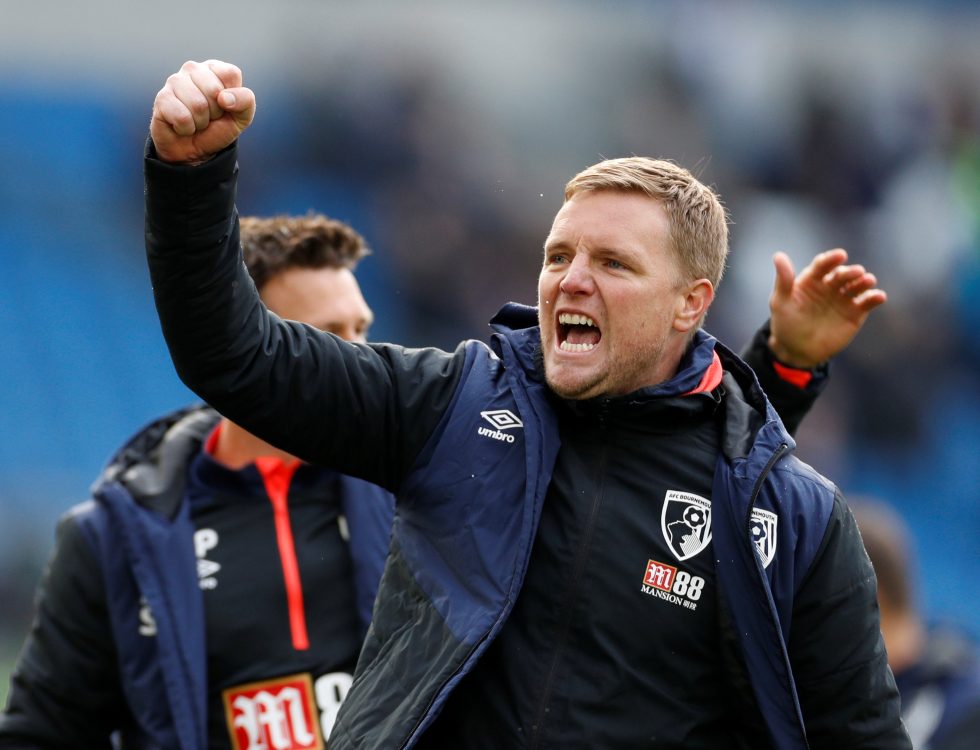 Eddie Howe has expressed as happiness as Bournemouth crossed the 40 point barrier following their big win over Brighton & Hove Albion.

The Cherries ran riot at the Amex Stadium as they pumped in five goals to pile more misery on Chris Hughton.  Dan Gosling, Ryan Fraser, David Brooks, Callum Wilson and Junior Stanislas all registered their names on the score sheet as they secured their Premier League status for one more season.

Despite having a good start to the season Howe’s side struggled to find the flow following a flurry of losses. But this massive win is expected to boost their confidence which will help them in the long run.

Howe said, “It has been a difficult run for us recently, so we knew the importance of this game, we were desperate to win.

“It has been a frustrating second half of the season. We started so well that we felt we could really go on and achieve special things and it hasn’t really materialised.

“Our squad has been really stretched with injuries, we’ve missed some key players and that has halted our progress really.

“But we have come through it and got above the 40-point mark. It’s a nice place to be.

“Some of our build-up play was trademark us, the style of play returned. It was great to see Dan Gosling score after a long period without a goal and then in the second half we gelled and linked really well around the box and showed real quality.

“I’ll enjoy watching those goals back.”