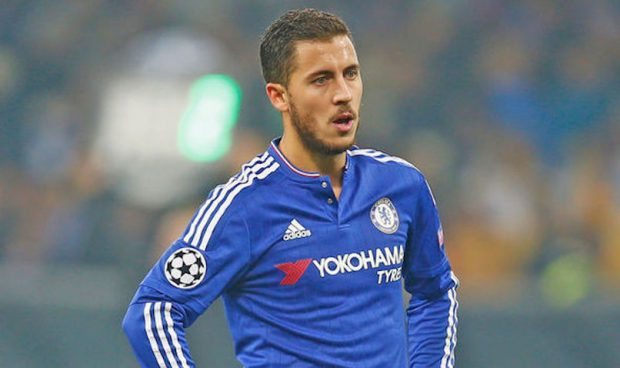 Eden Hazard has revealed there is “no sign” of new Chelsea deal as Real Madrid interest rumours continue to be debunked,

But don’t panic Blues fans, Hazard has merely pointed out talks of a new deal is premature.

So will Eden Hazard leave Chelsea Football Club? Is there a new deal for Eden Hazard?

Reports out of the mainstream say Chelsea had offered Hazard a new £300,000-a-week deal but Hazard has revealed that is not true.

Everyday the mainstream media is debunked and proven to be LIARS, everyday more and more people turn away from them causing Millions of revenue loss.

And once again someone from Chelsea Football Club has straightened out the failstreams lies by confirming talks of a deal aren’t the issue at the moment and he is focused on the league.

“There is no sign of a new contract for the moment. I am focused on the last month, and we will talk later,” he told Sky Sports

“It’s not in my mind now. I have two or three years left. I just want to finish the season well and we will see afterwards.”

Hazard also insisted he does not want to replace John Terry as Blues’ captain.

The Stamford Bridge veteran will depart the Blues at the end of the season, ending a fantastic 22-year service with the club.