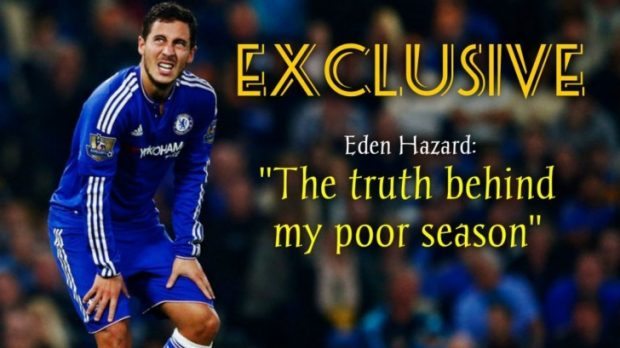 2015 PFA winner Eden Hazard has revealed that he finally feels like he is back to his best form for the Blues.

The Belgium international star netted the opening goal in the 1-1 draw with Liverpool at Anfield.

When questioned about his inconsistent form this campaign, Hazard responded saying he hopes he ‘can now remain in top form from now on’.

He said: “Yeah, I don’t know. Everyone waiting a long season for me to be at this level.

“But now, yes, I am close to my best performance and I hope I can stay like this forever.”

When asked on why his form has been so poor this season, Hazard admitted he was struggling with injuries.

He also added: “I don’t know. Sometimes you know, your body is not fit to play every game, every week but this is football if you want to stay at the top level we have to work every day. It’s not easy every day.”

The 25-year-old has scored only four goals in the Premier League this season, and after being named last year’s PFA Player of the Year this shocking performance on the pitch has baffled us all.

However, Eden is looking to continue his good form in the final game, when Chelsea take on champions Leicester at Stamford Bridge.

Hazard will also feature at Euro 2016 with Belgium this summer.

Chelsea Football Club striker admits he wants to find a new club in the summer!