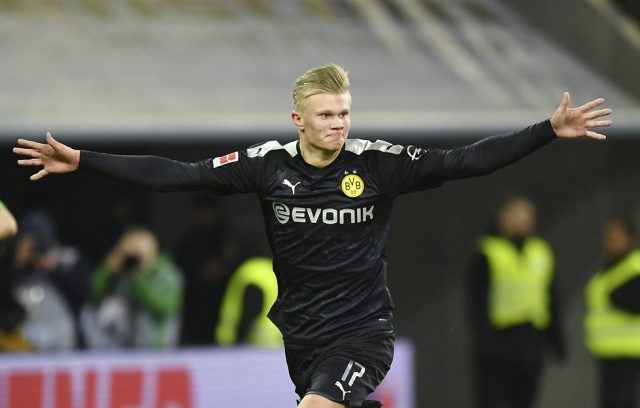 At just 20, he has officially got off to the most successful start in the competition‘s history, scoring 16 goals in 12 appearances.

Ronaldo, Zidane, David Villa and Mirosolav Klose only ever scored 14 goals in the Champions League in their entire careers. Haaland also sits above legendary figures such as Carlos Tevez (13), Michael Owen, Diego Costa (both 11) Christian Vieri (10) and Dennis Bergkamp (7).

He scored twice against Brugge in the 3-0 win to complete such a feat. The Norwegian continued his form from last season starting out in the Austrian Bundesliga with Salzburg. And the scary part is, he is only getting started. Haaland recently won the 2020 Golden Boy Award above Ansy Fati and Bayern Munich’s Alphonso Davies.

Borussia Dortmund has given him the clear run to succeed and he is quickly becoming one of the world’s best strikers already. Manchester United wanted to sign him last January but he instead chose Dortmund.

Reports suggest that BVB had to pay only £25 million to sign him from Red Bull Salzburg last winter. If that is true, they could easily sell him for three times that value in the coming years.