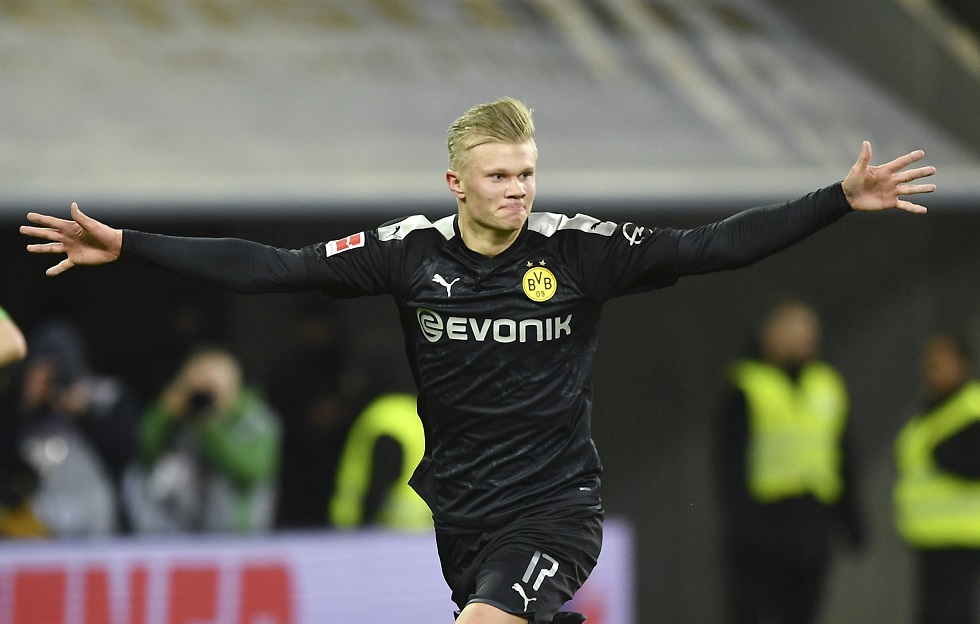 Erling Haaland reveals how he planned on scoring plenty of goals on his debut for Borussia Dortmund.

The 19-year-old enjoyed a dream start by grabbing a hat-trick and guiding his team to a 5-3 victory over FC Augsburg. Haaland expressed a different level of maturity and composure to help BVB overcome a two-goal deficit.

Speaking to Norwegian outlet, Viasport, he said, “If I’m honest, not an awful lot right now. I don’t think I’ve processed what has happened, so I’m actually rather calm at the moment I was imaging scoring one goal, which turned into two goals when they took a two-goal lead. I was thinking about scoring before the match and that’s what happened.”

Haaland was being readied up when Dortmund were 2-1 down and Augsburg made it 3-1 right then. Haaland added, “Well, at that point I just thought that I needed to score a hat-trick, and that things would work out [if I did], and that’s the way it turned out.”

The win kept Dortmund in the race for a top finish, now just seven points behind the top spot. Fortunately, Haaland’s heroics saw them out of yet another insufficient display in the league fixtures. All the praise goes to the supremely talented teenager they acquired for €25m this January from Redbull Salzburg.