Ernesto Valverde On What Barcelona Expects Of Griezmann And De Jong 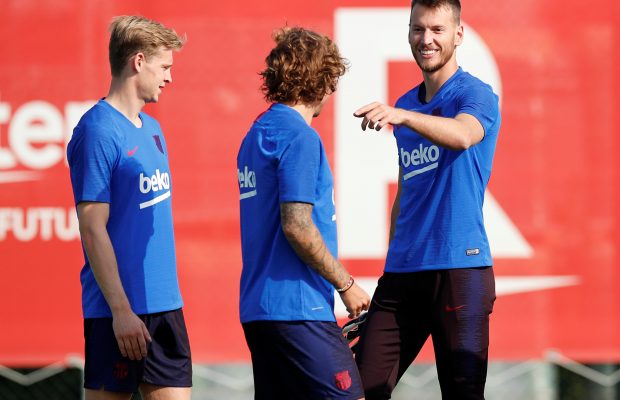 Barcelona manager, Ernesto Valverde has revealed to us what the club expects of their two new signings, Antoine Griezmann and Frenkie de Jong.

The former arrived from Atletico Madrid this week after a long drawn out transfer saga for the past few months, whereas, a £66m deal was wrapped up for De Jong back in January.

Both players cost Barcelona a significant amount and are expected to feature heavily for the side from the upcoming campaign. Speaking about the defensive midfielder, Valverde said, “Last season he played at a great level like Ajax did. He is a footballer who will give freshness to the midfield and he is a project for the future because he is a quality footballer who has many years of football ahead and who has our style of play.”

The Blaugrana dished out over £100m to get Griezmann from their La Liga rivals. While commenting on the 28-year-old, Valverde said, “He is a footballer with experience in LaLiga Santander and in that aspect, he is more settled than De Jong.

“He is fast, plays well into space and he is a good finisher. We trust him a lot, we know what this type of player is worth and we expect immediate performance.”