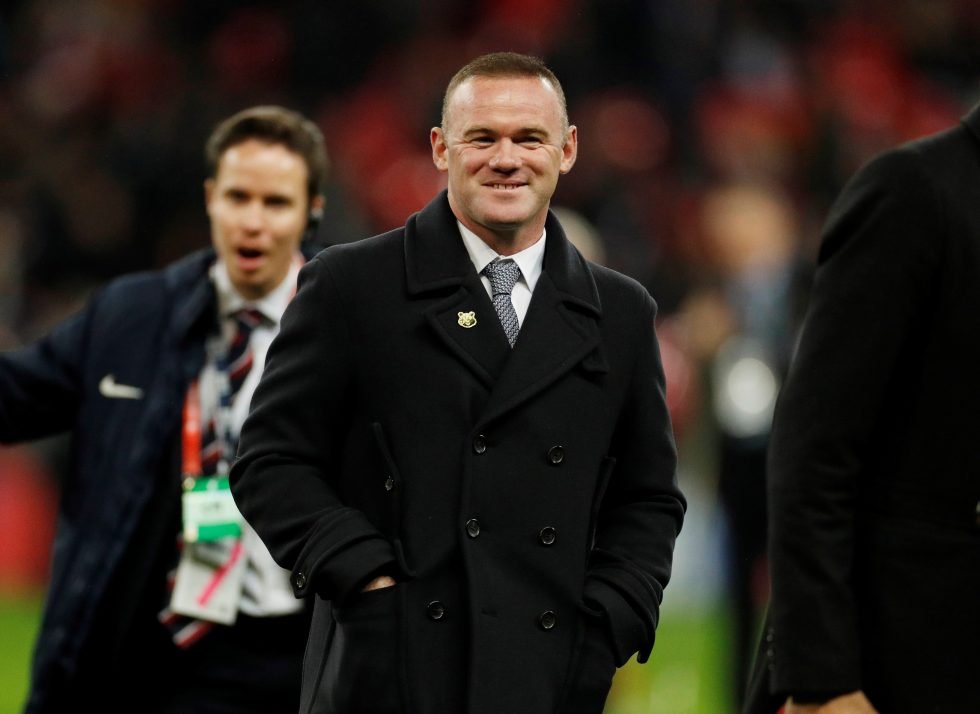 The Englishman has returned to his home-country.

His goal is to bring Derby back to the Premier League one day.

Phillip Cocu’s starting eleven who faced Barnsley in a key Championship clash on Thursday included a Derby County debut for former England international Wayne Rooney. Wayne Rooney even captained Derby County on his Rams debut after being named in their starting line-up, having just officially joined them on Wednesday.

Rooney’s return to English football came after the former Three Lions skipper ended his spell playing for MLS side DC United. Manchester United and England’s all-time leading goalscorer has been handed the armband after being included in the Derby team by his new boss Phillip Cocu.

Rooney gets a assist on his debut for Derby! ? pic.twitter.com/MX0msuSUvb

The former Everton forward signed for Derby last August and has been training with the Rams since his contract with DC came to an end when they missed out on the 2019 play-offs. Earlier, upon arriving, he revealed his frustration of not being able to play until January: “It is obviously frustrating training throughout the week and not being able to play.

“Training the day before a game is the worst day as the players don’t do too much so it has been one-on-one with the fitness coach today, which is not nice. It is frustrating because I am ready to play. I have just really been topping up my fitness and ticking things over since and if the game was tomorrow I would be able to play.”

The Rams are 17th in the table and will be hoping Rooney, who is also a coach on Cocu’s backroom staff, can inspire a rise up the league.